I was back to Delhi from Singapore and heading for Siliguri. It was too early for fresh newspapers to pour in, the 14th newspapers read all about the women power that was all set to take upon India with Mamata Banerjee and Jayalalitha making clean sweep against their tough rivals, and ofcourse Sonia Gandhi who made decisions for this largest democracy was already rooted at the centre.
Back from Singapore some of the things are still ticking my mind. One was the name Asam, I saw it on the top of some eating counters as menu, ‘Asam Fish Head Curry’, also in the ready food packet at the stores as ‘Asam Curry’. I asked the people and they told me that it is the name of a sour curry and then a Malaysian chef confirmed that it is the name for ‘Tamarind or Tentul’. All our books said that the name of the state of Assam has been derived from the Sanskrit word ‘A-Sama’, the uneven land, but having its people’s roots back to the Malayan peninsula, the Tai-Ahoms and the use of ‘tenga’ in food has all probability that the name comes from Asam. 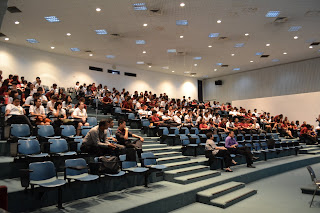 The other concern was the exposure of the Singapore youths to a complete man made world. During my trip, I had to speak to hundreds of youth students, who would be all set to professional livelihood in a year or two. Singapore being a globally connected country, it is expected that the country’s strength lies in its global knowledge and experience, especially when most of the people are rooted with their Chinese and Indian origin. The children being brought up in a super urban atmosphere are almost isolated in their own development and hence need a balance by exposing them to more rooted cultural and natural resources. Also the present development pattern has reduced the aggressive expression of the youths through art, culture and literature, and I would suggest that some of the globally renowned persons in these fields be made to settle in Singapore for atleast 05 years to initiate such movements. 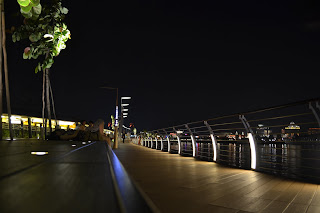 A lot of ‘inner development’ of several countries probably lies in global capacity and understanding of their youths as individuals and teams. I would love to see the ‘Board Walk’ to Sentosa as a happening place in the evenings with small groups of youths sharing their talents through performing art, dance, songs, music, drama etc in the beautiful spacious pathway instead of the present almost empty ‘Bored Walk’. The most interesting part is the visitor friendly signage at places like the Botanical Garden and the other places of interest. Even the small restored heritage temples by the busy street is a sign of sincere work which we often miss in our subcontinent.
As I reached home later, I was engrossed more in who would become the Forest and Tourism Ministers of the state of Bengal, as the success here would mean the initiation of continuity of natural and tourism livelihood landscape to the complete Northeastern region and beyond borders. A long awaited implementable policy for ecotourism to make it work for connecting livelihood of the youth force to rooted natural and cultural resources, to create a model for the world to be proud of.
The interesting topic back home was the talk of every town, again an hike of Rs.5 on petrol fuel prices, making it 15% add-on in the last 11 months, a record for India. The hike in fuel prices in India means the rise in prices of all day to day products. In this age of transport dependent products for daily use, the subsidy in transport fuel is a must to keep the prices in control.
Posted by Unknown at 11:16 PM