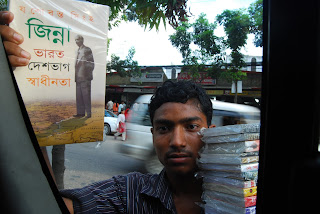 The people of Bangladesh have a more aggressive emotion in whatever they do, be it literature, fashion, agriculture, banking, romance etc, and I feel it is mainly because of their two independence wars, one the freedom movement against the British rule and the other to be the People’s Republic of Bangladesh.
The first one we all are quite aware of, as this was a freedom movement for the whole of the Indian subcontinent and we know how the barefoot freedom leaders from the different areas of present Bangladesh fought against the well armed British establishment. When we visit the Andaman Islands, our memories get refreshed with a visit to the Cellular Jail. 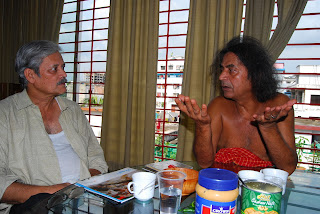 The second war of Independence for Bangladesh is still fresh in the minds of people and you can meet many of the freedom fighters, still fighting strongly through their own medium. One such person you can meet now in Kolkata. Sahabuddin, renowned painter, often referred to as one of the 50 contemporary artists of the world, now settled in Paris and now in Kolkata, India to do an exhibition ‘Liberation’.  He is now engrossed in his own world of painting, who is a very simple man, most happy if you gift him a ‘gamcha’ (a typical hand woven cotton towel used all over the villages of Bangladesh, Assam, Manipur, West Bengal and Orissa after bath to wipe the body), who was one of the biggest student leaders of the Bangladesh War and has wonderful stories.
I had several opportunities of meeting him and one such occasion was at his house in Dhaka, Bangladesh. Azad, his childhood friend, partner during the freedom movement and a great singer in Bangladesh was suddenly there with one of the old photographs of the freedom movement time and both of them became busy identifying the others in the photo, the wall in the background and the stories of the time.
Then the next three hours was a complete ‘lost in the past’ time for us. Azad started on how he did the first bomb blast in the bank area and escaped in the car of a then Pakistani officer as an innocent student. I had just interrupted inbetween asking Sahabuddin and Azad, that was the freedom movement all about violence or was there any love then. It was now stories which will probably never be heard again.
Both Sahabuddin and Azad looked and each other and agreed that like any other youth, they also had their dream girls, both of them their neighbours and they had all the romantic relations which was then prevalent within the society. Brave freedom fighters, creative intellectual youths and romantic relations were all that they lived on in those days. The Pakistani army started following and visiting their houses which made them flee to India. First to Agartala, where Anjan Chowdhury took good care of them and then four days through Assam, New Jalpaiguri Railway Station and then to Sealdah finally. In Kolkata, the then intellectual community (Buddhijibi Samaj) with the active participation of Nripen Banerjee took care of the run aways from Bangladesh. As one was a painter and the other a singer, they were put up at a decent place at Azad Hind Bagh Kolkata Hostel which was looked after by an elderly lady. They were given Rs.7 then in 1971 as pocket money. After some days, they then went to the Camp near the border and saw the regular training, but they wanted to return to their houses as they had not informed their girl friends and was dying to meet them. The border here was not easy to cross.
They came to Halisahar Rail Station, while passing through the standing railway rack, Sahabuddin managed to reach his train, but the standing rack moved on and Azad reached Kanchrapara. After asking some people he managed to return to Halisahar, but his friend was not there. He came back to Kolkata, only to find his friend Sahabuddin sleeping comfortably. Both of them made the long return journey the same way to Agartala. They returned to Dhaka with lot of trouble only to find that Sahabuddin’s girl friend’s house under lock and key.
Azad had a more tragic end to his romance. The girl’s father who was an influential officer in the Pakistani Government had sent her daughter somewhere to get her married. Many years after, once a cultural delegation from Bangladesh visited the US, here Azad met his once girl friend. She was then married with children, she apologized to Azad for not being able to wait for him, as they all thought that Sahabuddin and Azad would never be able to return home. They did as great freedom fighters, but shattered lovers. 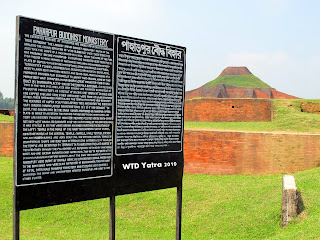 Every house in Bangladesh has such stories, starting for the Freedom movement against the British in the 1940s and the Bangladesh war of the 1970s. We salute the people of this country on this International Mother Language Day.
Posted by Unknown at 4:33 AM 3 comments: 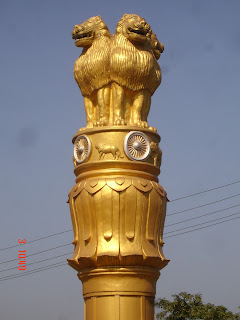 For several years many a responsible travel agents, tour operators, accommodation owners and several special interest tourism service providers, including Help Tourism have been putting a lot of effort to motivate and sensitize the mainstream media in responsible tourism, sustainable tourism, village tourism, community based tourism and ecotourism. Some forms of tourism businesses, which were responsible, but always considered niche and never had the opportunity of the so considered mainstream tourism industry in campaign.
The reason to create this ‘Chautare’ blog was to give the mainstream media an opportunity for easy access to information on the different forms of socially and environmentally useful tourism which can help to make this world a better place to live in and visit. There has been some initiatives bringing the world close through a guest and host relation and finally ‘Chautare’ campaigns to help mainstream these forms of responsible enterprises.
The ‘Chautare’ blog campaign is intensified by the presence of Chautare in print and audio-visual media.
Posted by Unknown at 4:04 AM No comments:

Chautare, the storytellers from East Himalaya