Himalayan Tourism in India, today’s journey with sorrows and joys 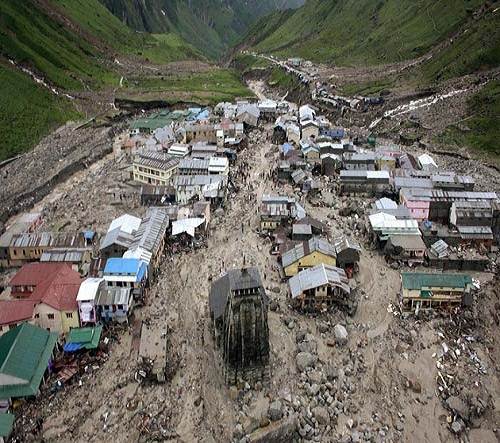 The 03 day state mourning declared by the Uttarakhand Government came to an end day before yesterday. Several roads have opened and the Indian Forces, mainly ITBP is in the forefront of the entire rescue operations. The legendary Kedarnath Temple Complex, which had grown into a small town, along with the lower areas like Govindghat, Rudraprayag etc, has seen thousands stranded and hundreds missing. Every soul connected to the Indian Himalaya is heartbroken and many of them have reached the disaster areas to support rescue and relief. 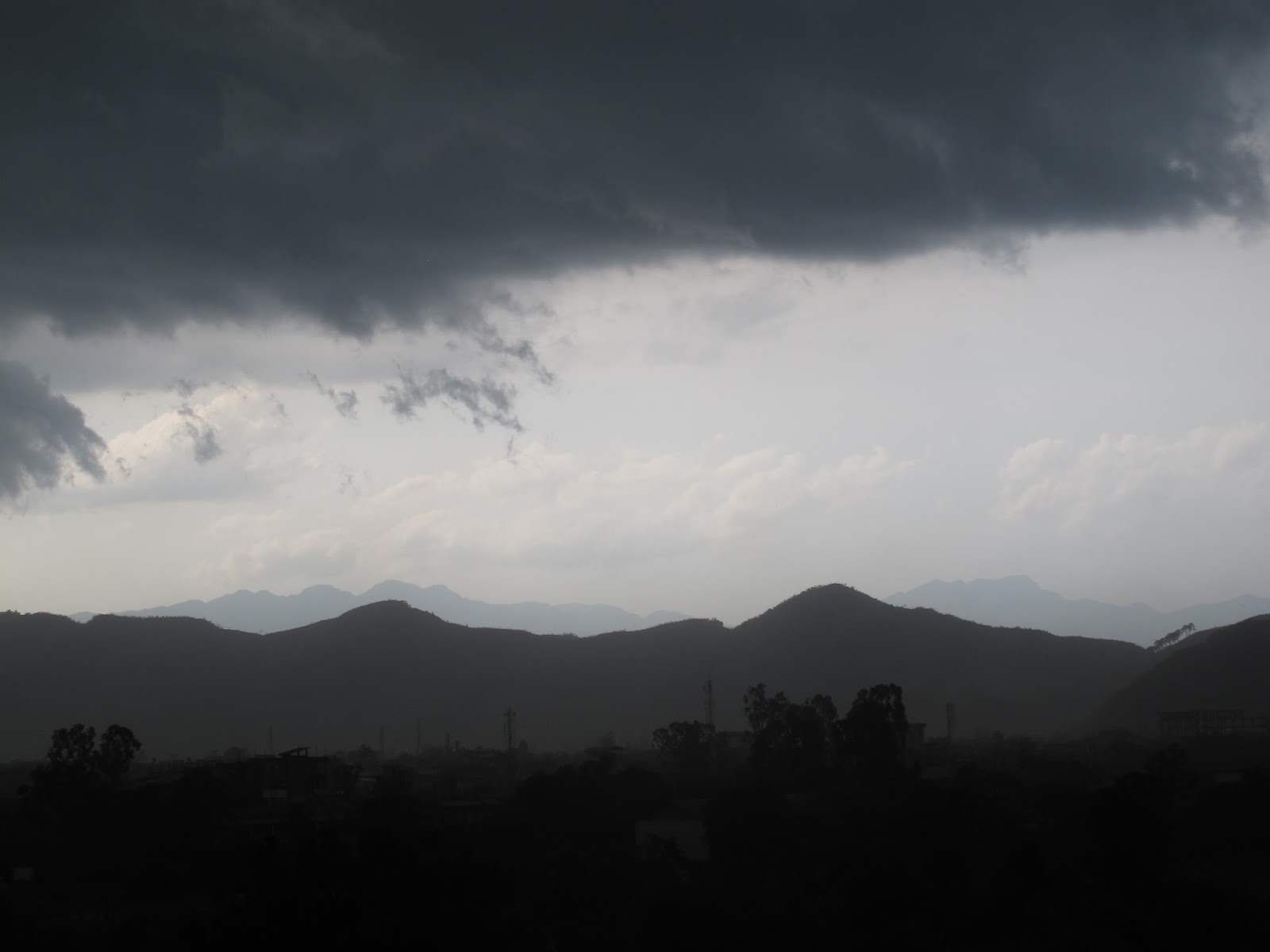 Those who live in the East Himalaya will remember the Himalayan Earthquake in Sikkim on 18th September, 2011, the disaster which has still to heal up. Official report says that pilgrims will not be able to pay their homage to Kedarnath for the next 03 years. All this is probably due to too much interference of human beings to capture the Indian Himalaya in the name of development. If we look closely, most of the disaster is based around the water bodies, lakes and rivers, the source for the entire country. Water is nature’s strongest factor; water has the capacity to cut rocks and create gorges or even flood large landscapes. Water is the life maker. 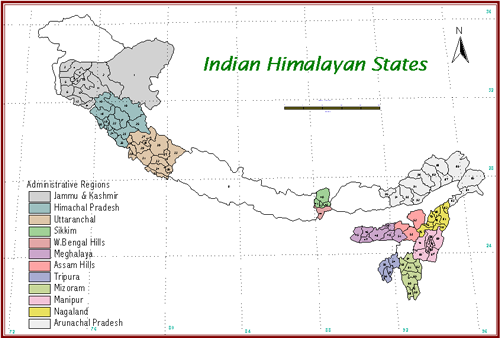 We in India have regarded all the Himalayan Landscape as the “Abode of the Gods” or the “Sangrila”. We prayed to every bit of nature as our providers for all we have to live and have never lived as “masters of nature”, a human culture which in greediness of economy has forgotten the necessity of social and environmental aspects of life for sustainability. We still have the time to go to the Himalaya, which is almost 16% of total India’s area with about 73% of the Himalaya being in India. A close survey will show that almost 100 districts in 12 states of India are under the Indian Himalaya. The states are Arunachal Pradesh, Assam, Meghalaya, Mizoram, Nagaland, Manipur, Tripura, Sikkim, West Bengal, Uttarakhand, Himachal Pradesh and Jammu & Kashmir. 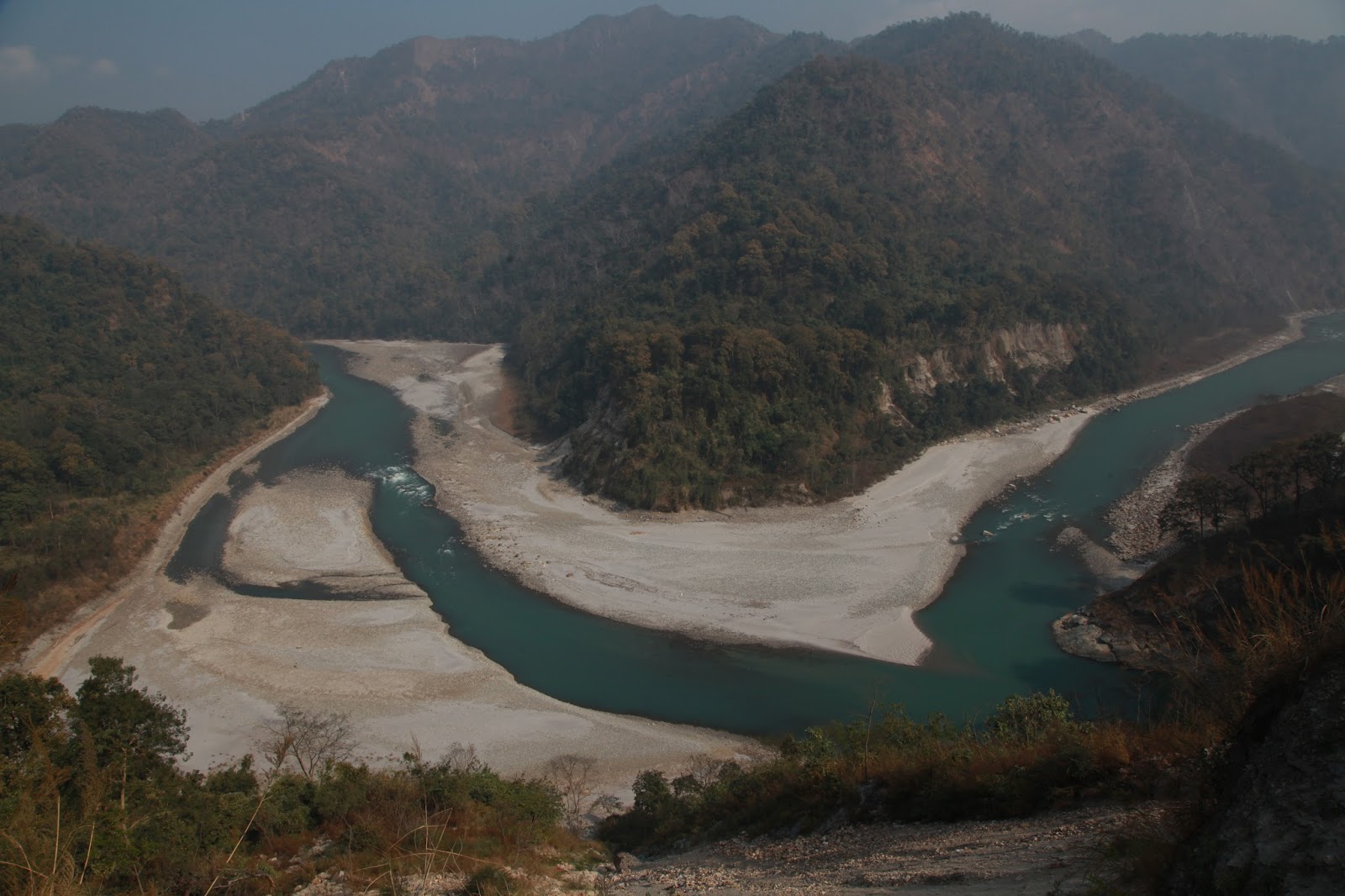 The idea of 06 states in the Indian Himalaya was considered for many years, till several scientific organizations like the ICIMOD, GB Pant Institute, Indian Mountain Initiative, GTZ etc concluded that the Indian Himalayan Region (IHR) spread across 10 states fully and 02 states partially with a total area of 500,000 sq kms between latitudes 26o20’ and 35o40’ North, and between longitudes 74o50’ and 95o40’ East. Asia today holds the largest, highest and most populated mountain system, the Hindu Kush Himalayan system, which was formed because of the collision of India and Eurasia during the plate movement about 50 million years ago. This also became the first land based trade route to connect continents, popularly known as Silk Route. Along with trade, the culture of the people moved and religiously the Himalaya became the “Pavitra Bhumi”, the holy or the sacred land as the nearest meaning. 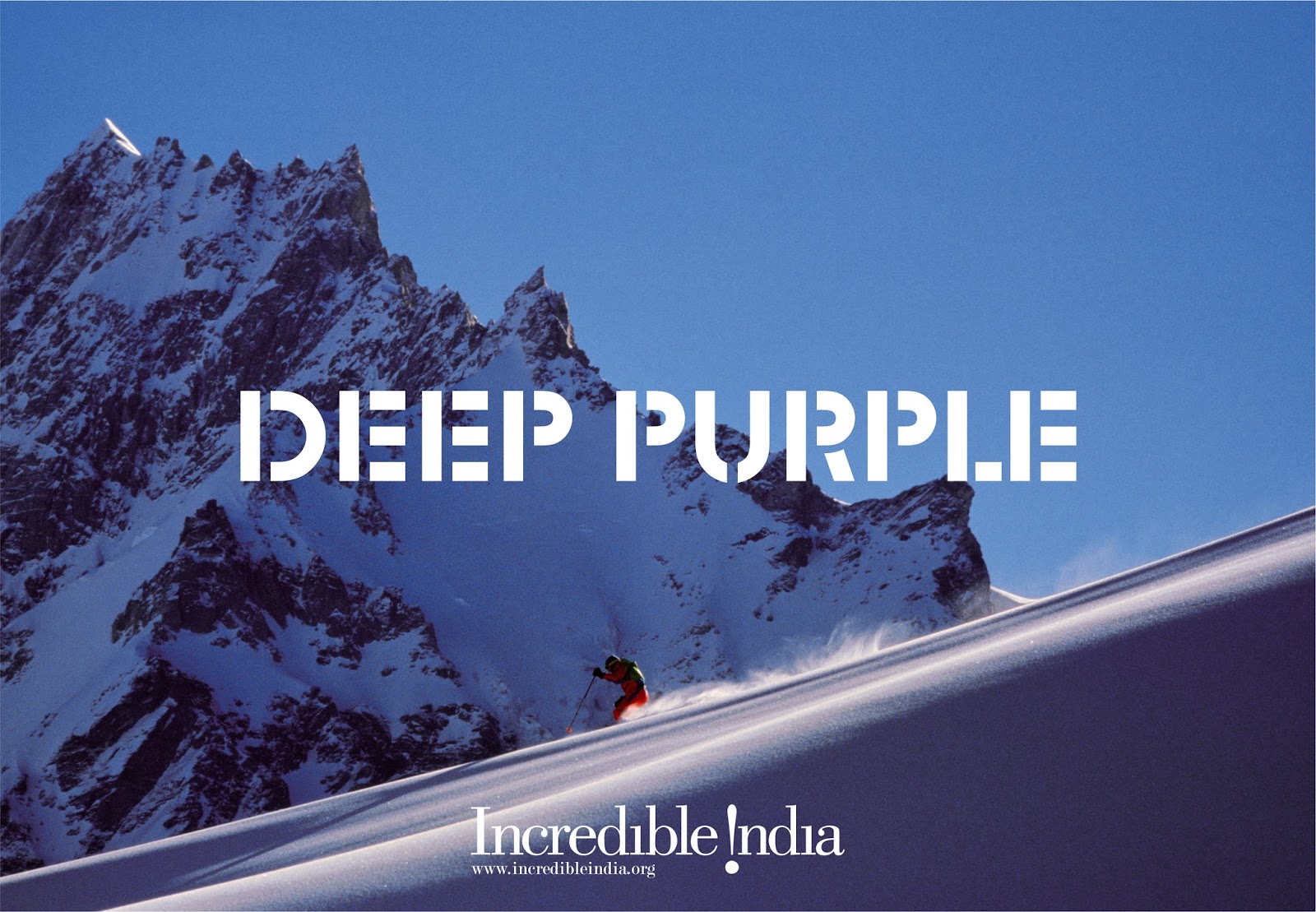 Both trade and religion brought thousands and millions of visitors to the Himalaya. Some made it a point of their transit, some settled down and many migrated across passes following the rivers. This millennium is dedicated to tourism, the philosophy of travel that binds the guest and host community. With the strong lobbying of the ATOAI (Adventure Tour Operators’ Association of India), headquartered at New Delhi, the Minister of State with Independent Charge of Tourism, Government of India, Dr.K.Cheeranjeevi has announced the campaign “777 days of the Indian Himalaya” on the 20th of June, 2013. The mission as he explained is promoting ‘Incredible Indian Himalaya’ to attract International tourists during lean season and reminding the world that 73% of Himalaya is in India.

The regional tourism associations also have decided not to miss the bus, Travel Agents Association of Bengal (TAAB) with its headquarters in Calcutta and Eastern Himalayan Travel and Tour Operators Association (EHTTOA) with their headquarters at Siliguri have got together for the Himalaya 02 days ago. Based on the invitation of the Principal Secretary of West Bengal Tourism to ATOAI, to hold their annual convention in West Bengal, the 02 associations have decided to use the occasion to promote Siliguri as the Adventure Base Station for the East Himalaya Region, which includes the entire Northeast India and parts of South and Southeast Asia. Also, West Bengal being the largest source market for tourism in the Indian Himalaya, the 02 associations wishes to open a dedicated “Rescue and Relief” cell for visitors to the Himalaya. 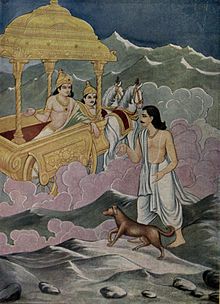 Better places for people to live in and visit, can we not elaborate, Host to make a better home in the Himalaya and the Guest to make it better through visit. Here ‘better home’ is a perfectly conserved Himalayan Destination and the role of the visitor is through a missionary journey of how the same can be conserved for better. Yes, every person concerned to take up the responsibility. A process where we should know how to take responsibly from the Himalaya, as Himalaya is here to give and contribute. The eldest Pandava brother, Yudhistir in Mahabharata, after completing the post death ceremonies for all relatives and friends he had lost in the War of Kurukshetra, left his Kingdom, left all his joys and sorrows back and left for Mahaprasthan, the eternal journey to the Himalaya, accompanied by his brothers and wife. While on your journey to the Himalaya, leave all that you have which makes you feel like a king, as you should be prepared to receive more during your visit.

Many a campaigns are undertaken, but for the tourism campaign to the Indian Himalaya should be more inclusive. Several extraordinary campaigns like the UN campaign on water etc have to be included in the initiative through institutionalization. Ending here with a proposal of an immediate need to form a ‘Himalayan Tourism Resource Foundation’ with the initiative of ATOAI and India Tourism. The same to be partnered by as many organizations as possible. TAAB and EHTTOA to start with the Bengal chapter of the same. The Foundation to support research for right tourism products for the Himalaya, promote the same, support capacity building, support responsible destination campaigns, develop a rescue and relief cell, develop opportunities of International Cross-Border tourism and be the guiding force for the right kind of tourism in the Indian Himalayan Region. 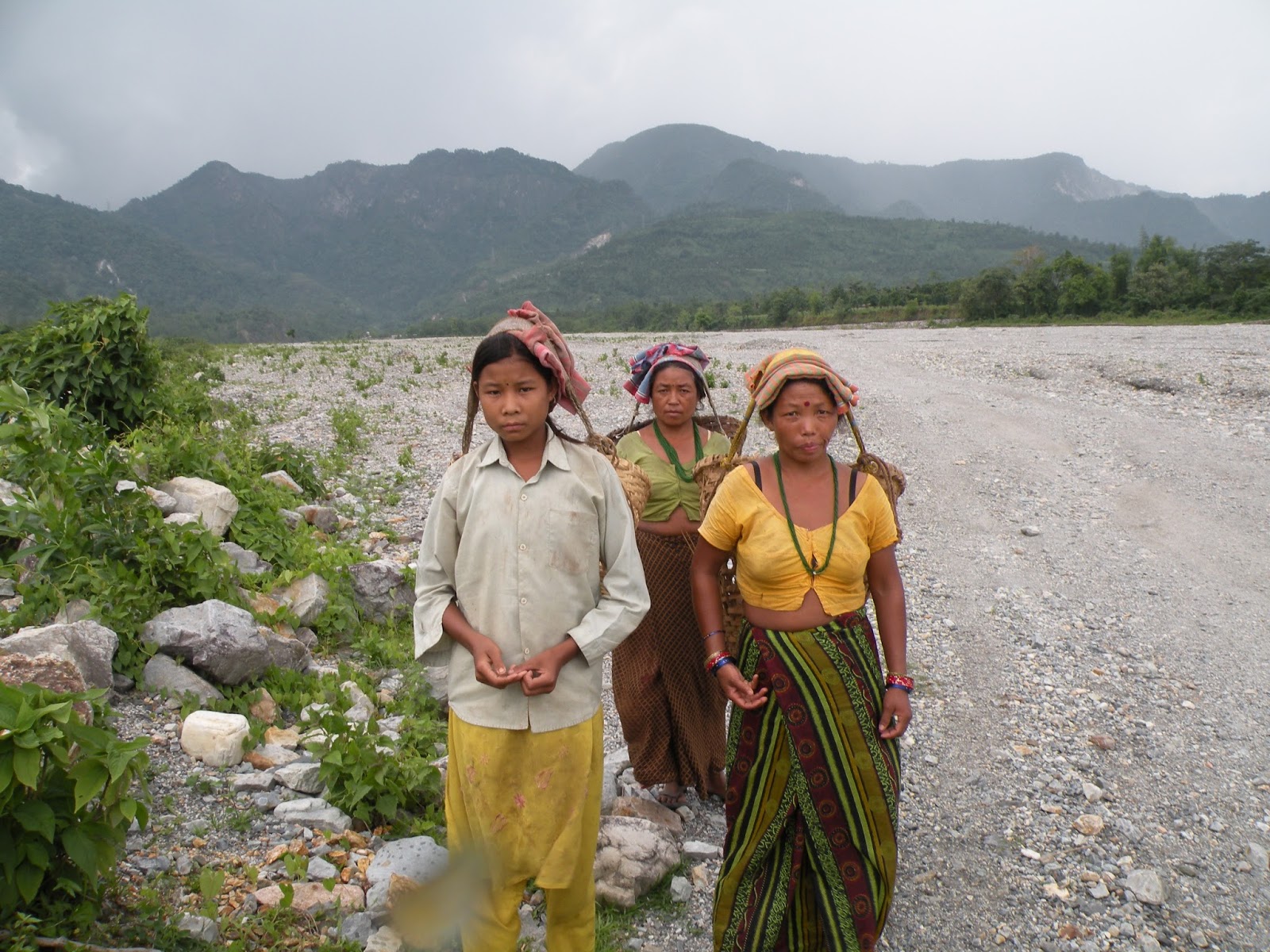