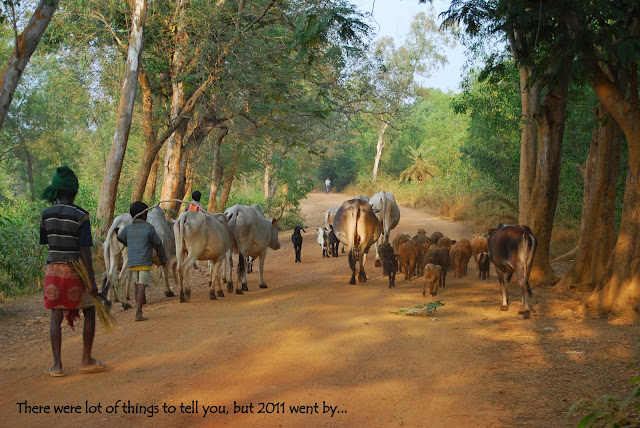 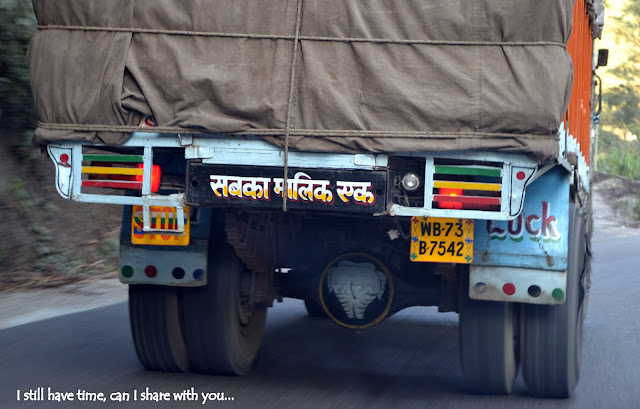 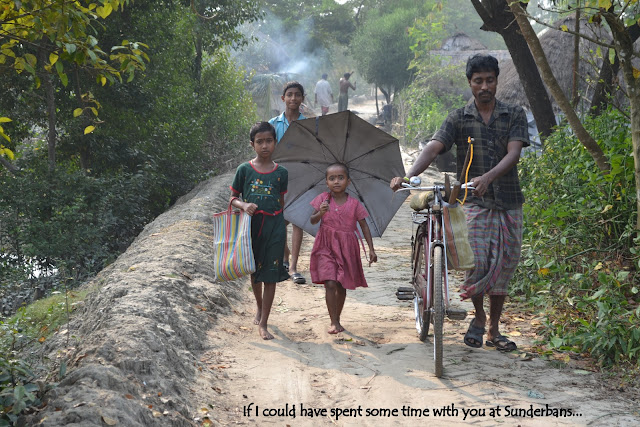 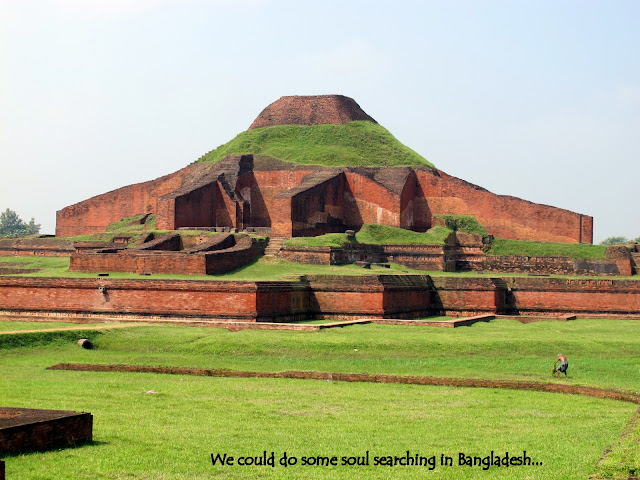 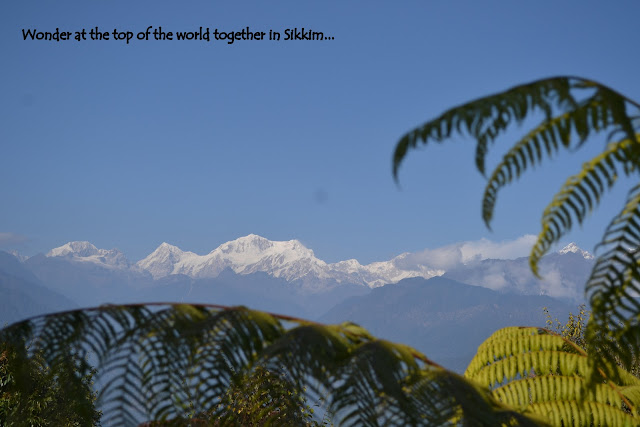 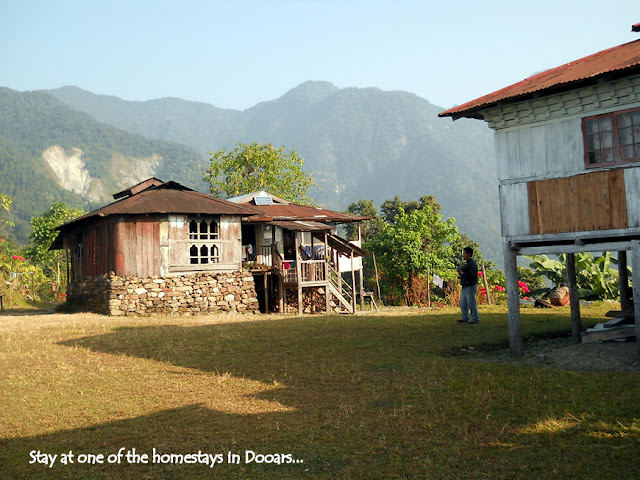 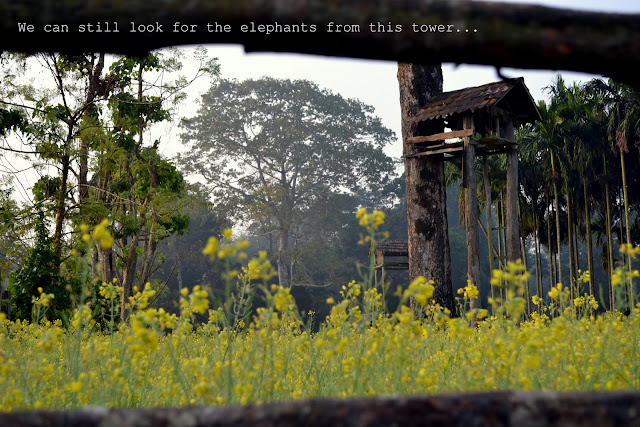 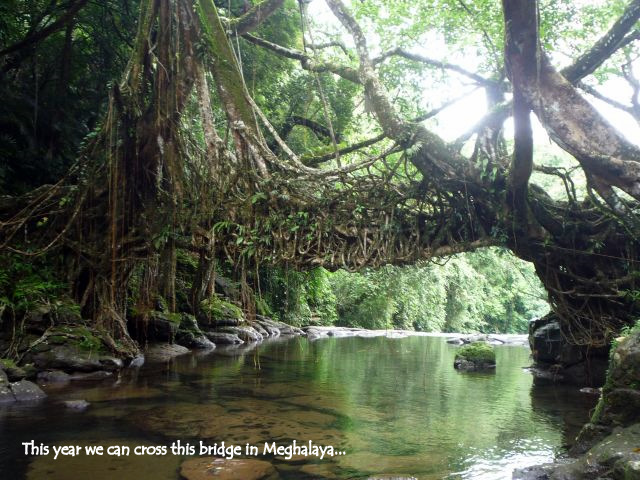 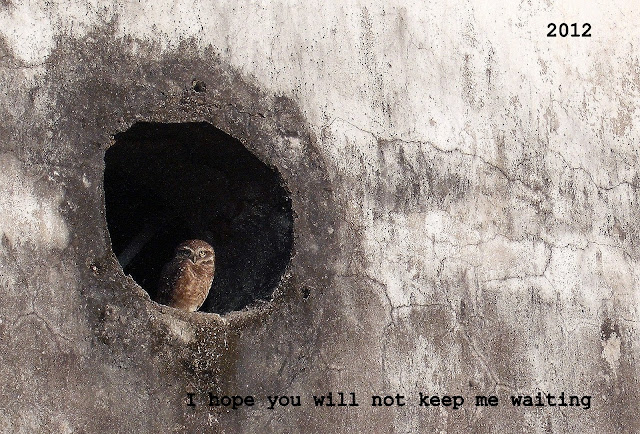 Through years you have taken over my habitat, my home. Today, I live in a house which has been built with things thrown away by you. You do not take notice of me any more as you have stopped looking at nature. Your houses and malls make holes in our ozone layer which we were supposed to share together. You consume most of everything on this earth more aggressively than the dinosaurs, calling for your own ends.
I have not changed much of my lifestyle, except what you forced me to. I still wait for you to think about all of who have been born to share this earth with you.
2012, I hope you will not keep me waiting and share some space with me.

During Visit Nepal Year 2011, the Government and the Tourism Industry has put more emphasis on rural tourism as a development tool. An NGO, SWAN has worked for the promotion of eco tourism in its project areas of Baglung district. The ecotourism program aims to develop a model village tourism and eco trekking route to conserve the cultural and natural heritage and uplift the socio‐economic status of the rural community people. In the long run this eco‐tourism program is expected to bring attitudinal changes in the minds of local community people as well as international visitors whereby both of them will become aware of the fragile cultural and natural environments for sustainable use.
The main concept of Ecotourism is also to make tourism a tool for development. Wherever possible, we employ the villagers, buy local products, and offer village ‘home stay’ ccommodation, which makes visitors experience unique, as well as maximizes the benefits from tourism for the host communities.
A VDC level tourism development committees are formed in 4 vdcs and they are in Narayansthan, Paiyupata, Amalachour and Bhakunde. The main tasks of these committees are to create conducive environment for the promotion of eco tourism. These committees also coordinate with concerned district and central officials to develop infrastructure for tourism and declare Balewa as Alternative Tourism Destination in Baglung.
Workshop
A one‐day workshop program was organized by SWAN with the funding and technical support of travel‐tonature Asia Pvt and Eco Trip Nepal Treks & Expedition. This workshop was conducted in Narayansthan VDC organized to create awareness on Eco‐Tourism in Narayansthan, Paiyunpata, Amalachaur and Bhakunde of Balewa area.
The workshop program targeted to introduce these VDCS as tourism destination. In the workshop under the topic “Balewa Area Tourism Prospects and Challenges” an interaction and discussion was made in the floor. The workshop has participation of local leaders of four VDCS representatives of hotels located in Baglung and Parbat districts, teachers, women group representatives and representatives of 4 VDCs.
For details contact the President of SWAN, Krishna Karki at email: karkikrishna1966@hotmail.com.
Posted by Unknown at 4:18 AM 2 comments:

China, India, and Myanmar design collaboration for sustainable development in the Brahmaputra-Salween landscape

Representatives from China, India, and Myanmar gathered in Myanmar from 21 to 23 December to plan the transboundary management of a biologically rich Himalayan ecosystem shared by the three countries. The programme framework for a regional Brahmaputra-Salween landscape initiative was formulated at an expert consultation held in Nay Pyi Taw, organised jointly by the Ministry of Environmental Conservation and Forestry, Government of the Republic of Myanmar, and the International Centre for Integrated Mountain Development (ICIMOD).
The Brahmaputra-Salween landscape comprises several remote but key protected areas in the eastern Himalayas, including Gaoligongshan National Nature Reserve in China, Namdapha National Park in India (also a tiger reserve), and Hkakaborazi National Park in Myanmar. The area is important not only from the national perspectives of the participating countries, but also globally; it is home to a number of wildlife species of global importance such as takin, red panda, snub nosed monkey, hollock gibbon, and Namdapha flying squirrel, as well as many endemic flowering plants. These globally important species are distributed widely across the landscape, irrespective of the national boundaries. Therefore, noted Dr David Molden, Director General of ICIMOD, “a regional approach is required to manage this mountain landscape, to enhance the livelihoods of the people living there, and to conserve its natural resources and ecosystem services for future generations”.
Posted by Unknown at 12:59 AM 1 comment: 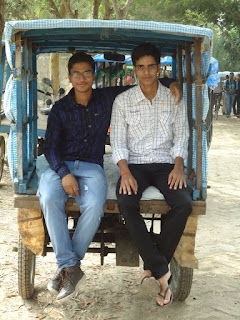 A BRIEF INTRO ON SUNDARBANS!!!
Sunderbans is situated on the lower end of the Gangetic West Bengal.  Sunderbans is a vast tract of swamp forest and saltwater
forming the lower part of the Ganges Delta, extending about 160 miles (260 km) along the Bay of Bengal from the Hooghly River Estuary (India) to the Meghna River Estuary in Bangladesh. Sunderbans human habitat spreads over 54 islands.
Our excursion to The Sunderbans
We are the studnets of Modella Caretaker Centre  and School, Fulbari. We were the students 48 in number, with 7 teachers. We started our journey from New Jalpaiguri on 3rd November,2011.
Reached sealdah the next day morning by 6:10. We took a small halt for sumtime and then boarded a bus and started a journey for a place called Gwat khali, it tuk us almost 3 and half hours to reach there, then we boarded a launc and rechaed a gabited island called bali island. There we resided in a resort. The very day we went to the sajnekhali for taking different permissions and tuk a look over the island. 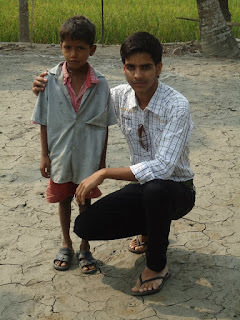 The next day that is 5th November  we set out early in the morning to visit all the different places of the Sunderbans.we a deer reserve, then all te different species of plants, most of them were mangroves,we saw the meeting of the river and sea, saw different animals like crocodiles,deers,monkeys,fowls,and birds of different species. At night we saw a special play performed by the local people based on The Banobibi( the  goddesses of the forest who believed to have protect them). The villagers performed them with great true souls which was very pleasure watching watching it.
On 6th we visited the bali village, talked to different people. Asked them of the problem they face. Still they have not  received the    electric supply, they depend on the solar energy or the electric generators, they are dependent on agriculture,fishing, and honey collection for their livelihood. We helped them by giving them some torches, some eatable materials etc. Finally after returning from there we sat out for Sealdah and boarded  the train back to New Jalpaiguri. 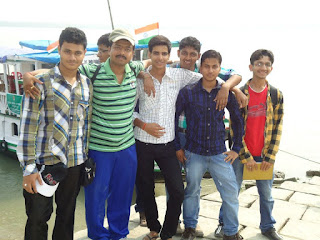 Conclusion
The visit to The Sunderban was an evergreen journey, it would remain evergreen in my memory. But felt helpless for the villagers, many of them were attacked by the tigers, they did not receive a proper help from the  government, they problems during  the monsoon season,they lived a poor life, let us all come together and appeal for the help to them to the government. Inspite, of this they spent a happy  and enjoyable life  here. The unity among the local people is very strong.
The place was just fantastic, would surely visit again if i ever get a chance  again.
Posted by Unknown at 12:07 AM 1 comment: