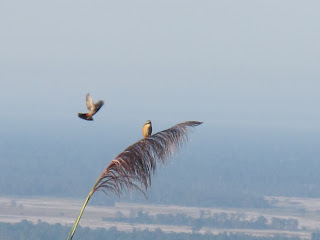 ‘Bharat Mata Ki Jai’, which means Victory to Motherland India. Every corner of Arunachal Pradesh was echoing with these slogans for 11th and 12th of January, 2012. Small children and young men, local intellectuals and a few Government people were seen in the mornings following the local VKV band through the main street. Most of Arunachal Pradesh is isolated and not so much touched with modern development, but you will often meet a local person, highly motivated to serve the grassroots and more enlightened with their thinking, more than many other parts of India.
This is mainly because of the presence of VKV, Vivekananda Kendriya Vidyalaya in every corner of Arunachal Pradesh. Most of the time we portray Swami Vivekanda as a Spiritual Leader, but we often overlook that he was probably the only Indian who not only practiced and preached the ‘Spirit of India’, but convinced the world about ‘the global need for Indianization’. Understanding the global trend and the invasion on India, he had set several guidelines for the Indian Youth, which is beyond any religion or community. With the Chinese claim on Arunachal Pradesh and at the same time several countries recognizing the same as dispute between China and India, it is the foundation of India being laid by the Vivekanda Kendriya Vidyalayas in this most remote part of the country.
It is time that the rest of the country needs this spirit. When most of this country is bitten by consumerism, deafness and division, we need to turn around and say that we believe in one India, one spirit. If many of us will be able to rewind and see Lord Macaulay’s address in the British Parliament on 02.02.1835, we will realize that how difficult it was to westernize the deep rooted Indian spirit, they could only do the same through a completely new education system. It was for the first time that someone invaded India and did not Indianize themselves, but wanted their system to be implemented to serve their country, Great Britain. With Independent India, how much have we changed the system at the micro levels, the education system, the natural resource management system etc, have we really been able to Indianize them, are they really focussed at the main Indian population.
After 150 years of Swami Vivekananda, we enjoy a day off on his Birth Anniversary or at the most pay respect to him at one of the nearby Ramakrishna Missions or Vivekananda Ashrams, but none of us have followed his path to contributing to ‘One India’.
Posted by Unknown at 11:29 PM 1 comment: 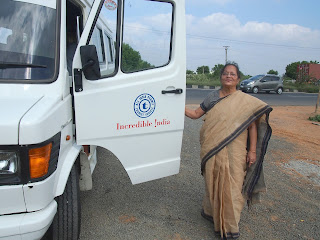 Reba Bose, Siliguri, 4th January, 2013:
As I have just returned to Siliguri, all my brothers and sisters asked me to where did I celebrate my year end? 31st December night, I was watching the reflection of the moon in the back waters of Kerala from my house boat. It was quite astonishing to know that there were more than 3000 floating rooms in Kerala. It took me back 20 years when young Babu explained on TV, how he converted the Rice Boat of Kerala into House Boat. 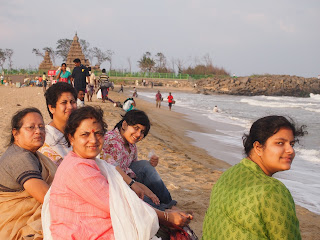 My last visit to South India was almost 50 years ago as the first excursion batch of Siliguri College, and there was always a wish to return, and hence I enjoyed all stories from the south. I did make a short visit to my nephew at Bangalore, but longed to make a longer exploratory trip. For my 02 grand-daughters and 02 daughters joining me, I could not think of anyone else other than ‘The Blue Yonder’ to organize the experience exploratory trip for me. 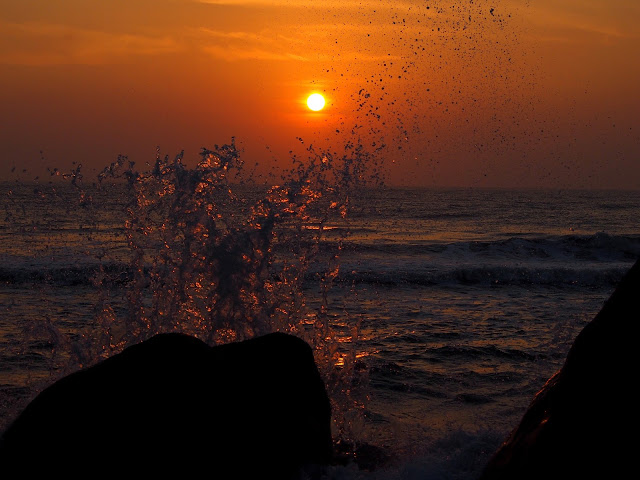 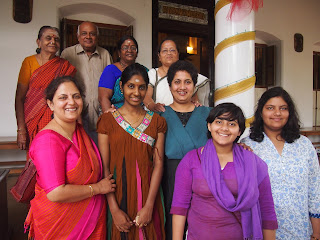 The temples and beaches of South India have always attracted visitors from across the world, but I wanted to differently and chose to do south, from East to West. Started with Madras (Chennai), followed by Mahabalipuram, where Ind-Eco was a good experience with the world famous Mahabalipuram Temples. Being on the Eastern Ghats, we did not miss the great sunrise. The Temple trails continued till we reached Pondicherry. Going back to Rishi Aurobindo and Mother’s Retreat was renewing the emotional energies to live life in full. A visit to South India would remain incomplete without staying at the Chettinad, the present global brand of South India. Though promoted as a village, yet it was hard to accept this fact as there is no agriculture, but this was more ‘Peace in Heritage’, the real feeling of Shantiniketan, and was nothing to be a village or a town. 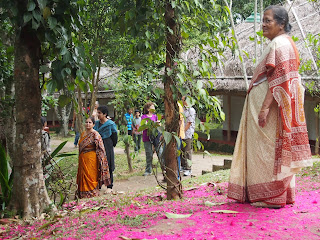 A good break was at the Spice Village at Periyar. The SV was a nature reserve on its own with the Nilgiri Langur and the Malabar Giant Squirrel making this their retreat for the night. The hundreds of bats in the morning and late afternoon over the Spice Village is an experience. Not to mention about the bird life almost everywhere. The best at Periyar was the Spice Safari organized by Girish. Periyar and Chettinad were the first time experiences for me. I mostly enjoyed the elaborate local food at all places, the shakes of Savarna and the numerous hand woven saris. Enjoy the photos below. 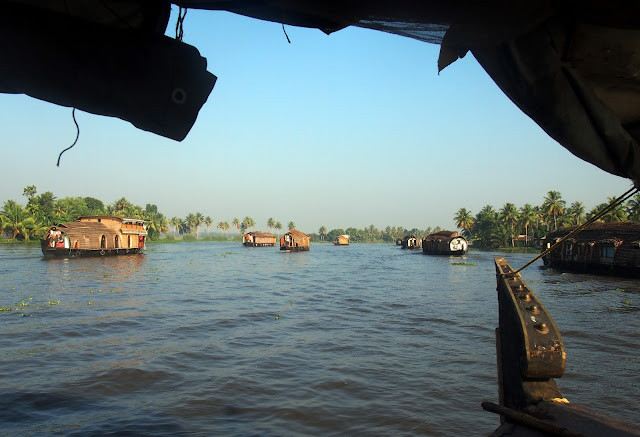 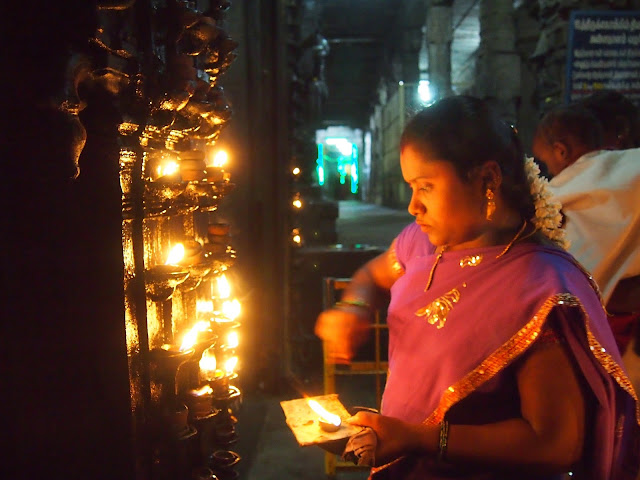 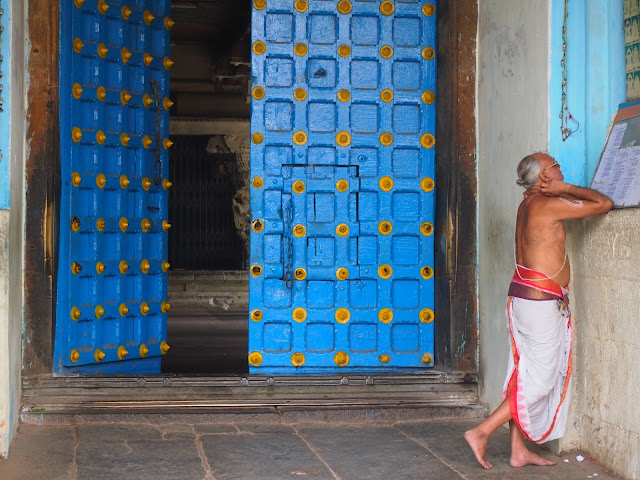 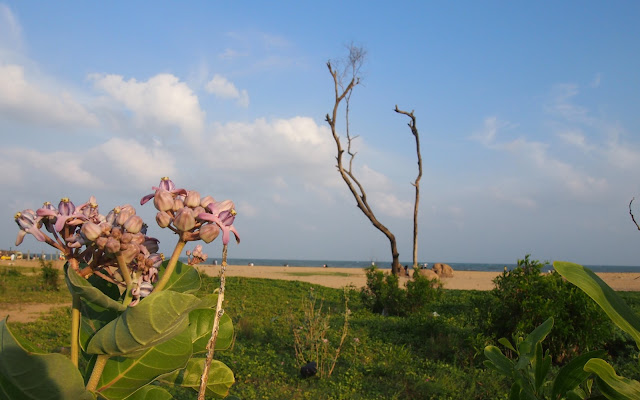 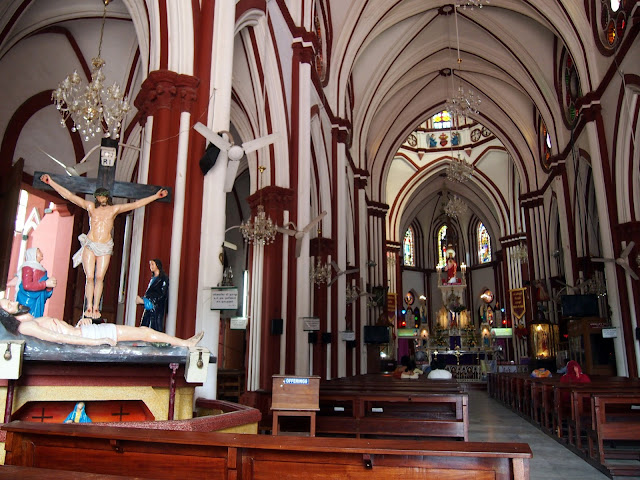 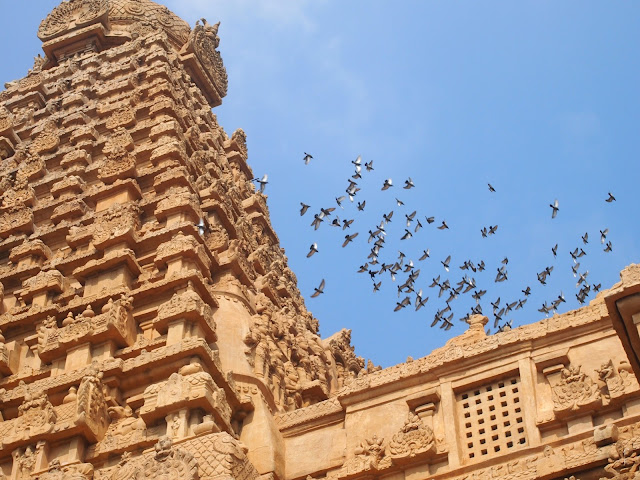 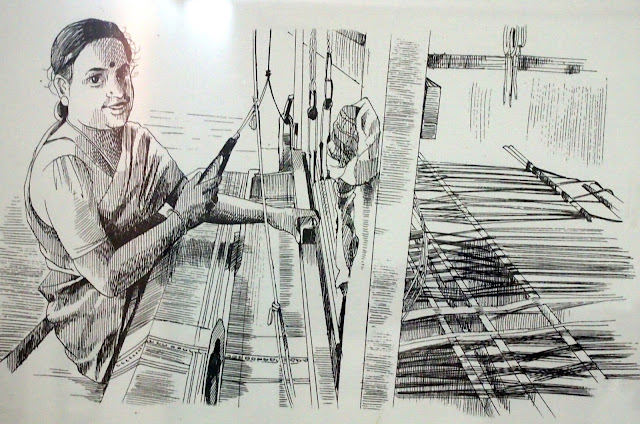 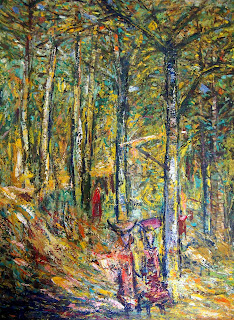 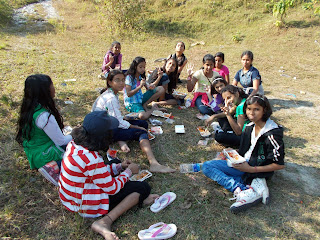 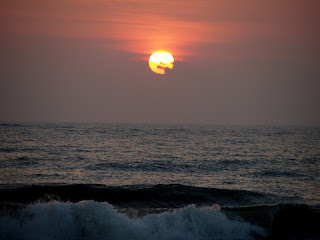 Posted by Unknown at 6:19 AM No comments: