Atreyi River, Journeys from past to present 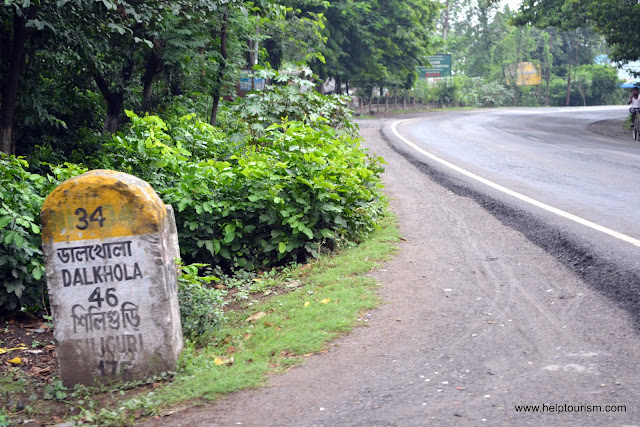 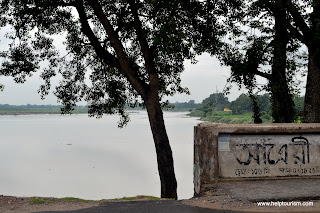 Once upon a time there were 03 major rivers in the present area of North of West Bengal; Karotoya, Mahananda and Atreyi or Mahananda often alternated with Punarbhava. Waterways were then the way to civilization and the connection to the world. The rivers here were time and again related to the legendary river Teesta of this region. Teesta has always portrayed herself as an young and dynamic even in her short span and never wants to grow old by flowing in the same course. According to documentation in the several Gazettears and other historical documents of the last two and a half centuries, Teesta (Tista) has been shown parallel to River Ganga in the map and finally meeting Ganga through the 03 channels Karotoya, Punarbhava and Atreyi through Mahananda at Hoorsagar near Gwalandar till 1787, when the great flood changed the complete river map, where it falls in the Brahmaputra (Jamuna In Bangladesh) now. Teesta has created havoc with her floods in 1922-23, 1948, 1950, 1952, 1954 and 1968, the last that I very well remember of and deal with later. Atreyi today flows in and out of India and Bangladesh in a very interesting manner along with several rivers of the area Nagor, Sudhani, Kulik, Bina, Tangon etc which were all navigable rivers of the then undivided Dinajpur Kingdom/Estate. 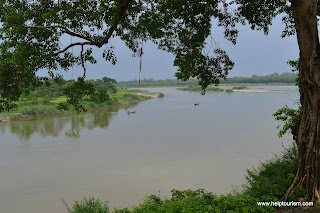 Basanti Paul, my grandmother (mother’s mother) was born in Thakurgaon (the place from where Punarbhava originates now from the Brahmabill or Brahman pukur). The first journey she took was for her marriage on this Punarbhava River from her father’s house at the age of 11 and went through Gangarampur, on the River Atreyi, then she followed to her in-law’s place in Jalpaiguri town. Travelling through the Teesta River, she finally entered Jalpaiguri through the River Karala. At Jalpaiguri I spent most of my childhood listening to her river journeys and also the stories of the river journeys that she heard from her Father about the traders. These rivers stories created something inside me which always attracted me to visit the lands she talked about. 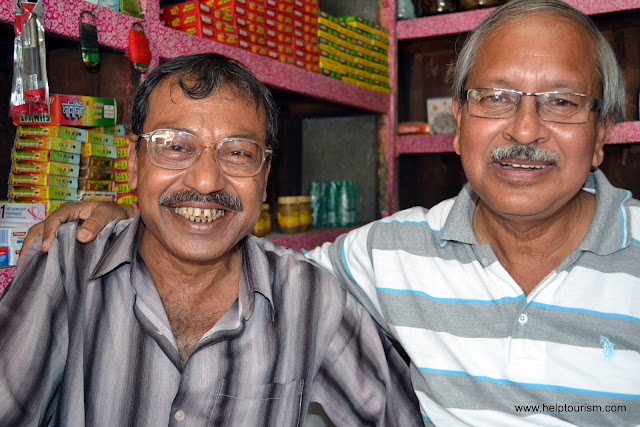 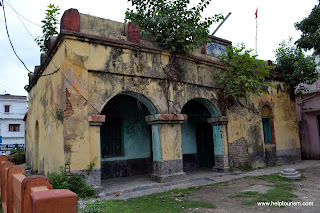 I recently had an opportunity to visit the Indian side of Dinajpur with my friend Samarjit, who was born here in his maternal grandfather’s place sometimes in 1950. He had fresh memories from atleast 50 years ago. His grandfather, Dr.Jagadish Chandra Sengupta was the Doctor of the Dinajpur State Dispensary at Raiganj. He enthusiastically showed me his childhood place and all other places which he very fondly remembers. Raiganj then had a port on Kulik River which brought in traders from different parts of the subcontinent. He showed me the Bandar (port) Kali Temple and remembers the priest of that time. He asked for his sons and also asked the neighbours of the temple if the sons still continue to be priests in the same temple as their father. 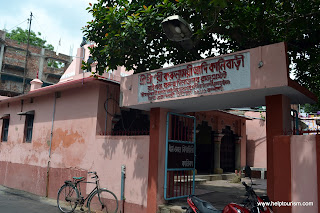 He then took me to his best friend of his childhood days, Babloo Deshmukhaya, who runs the same grocery shop which his father ran. They talked for hours about the good old days, their love life, their small adventures and so much more. He gifted us with the local variety of rice, Tulaipanji, several kinds of pickle (some of which Samarjit loved in his childhood days) and lot of memories from the past. Here they discussed about the Bhopalpur Rajbari (Palace) and knowing my interest in heritage told me about them. 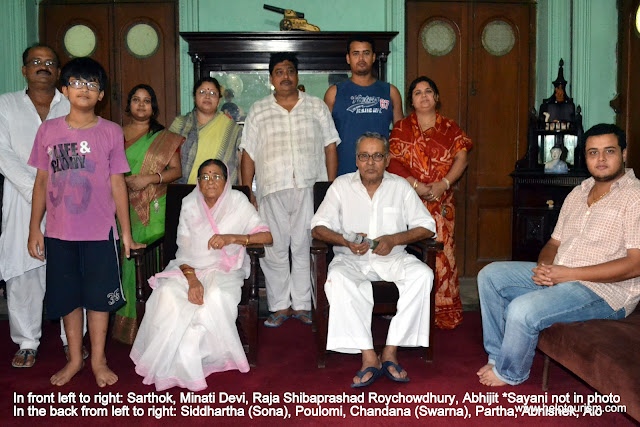 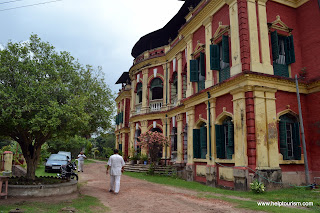 I knew I had some family connectivity with them, caught hold of the number of the present Prince, Partha Roychowdhury and managed a breakfast with the family at the palace for next day. The whole family greeted Samarjit and me as special guests. Though the present democratic status of India does not recognize the royalty, yet the existing palace building, the interiors, the estate and the hospitality reflected the heritage, the royalty. The exact date I have not noted, but it was Partha’s Great Grandmother Rani Durgamoi, who with her son, Partha’s grandfather, the then very young Bhopal Chandra, then shifted from the family at Churamoni Estate to this place under Birghoi Gram Panchayat. Bhopal Chandra, as he grew up, his capability to keep up with the then British Raj, his services to his subjects (praja), his connections with the Congress party and his intelligence gradually made him the people’s king. The palace became the Bhopalpur Rajbari, presently 11kms from the town of Raiganj. Partha’s father, King Shibaprashad, who is now a simple man, tells stories about the Royalty. 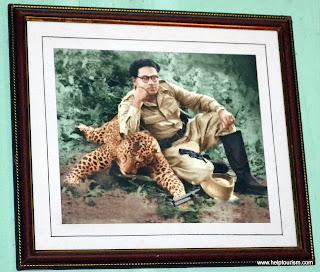 Almost around the years after Independence, when the Royalty was already gone, the King of Dinajpur had visited Raiganj, he called on young Shibaprashad as Bhopal Chandra had already left this world and told him that he wants Shibaprashad to buy his car at 1 Rupee 25 paisa, as he would not give it free to a Royal family and he also would not sell it beyond the royal families at any price because it will down show the royalty of the car. Inspite of inheriting his father’s 04 cars he was forced to take ownership of the 5th car. He told about how he killed the huge leopard in front of the palace gate. He also told about how he helped the District Collector in his hunting trips. 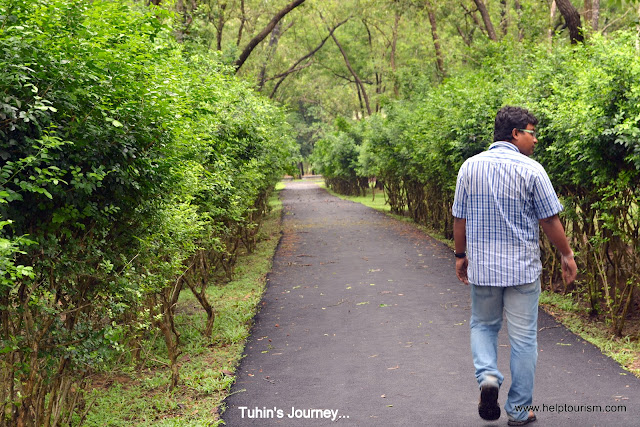 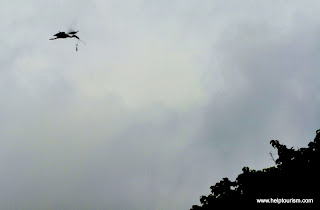 The forests of South and North Dinajpur Districts in the state of West Bengal in India are almost gone. Hardly there is 8% of weak forest cover, which is very less compared to other North Bengal Districts like Darjeeling and Jalpaiguri. Still some activists like Tuhin Subhra Mondal, a school teacher at Balurghat continue to help conserve these last patches. Samarjit and I were staying at the Government Tourist Lodge beside the Kulik Bird Sanctuary in Raiganj. The open bill storks had already started with their courtship. The birds were carrying fresh twigs to build nests. Next few months will be really busy here for the birds, their children, their care and the noise. When Tuhin heard that I was here, he made it a point to show me his favourite places. We visited the Sarengbari Eco-Park, Dogachi Reserve Forest, Danga Reserve Forest (Raghunathpur), Bangarh Ruins and some rivers. 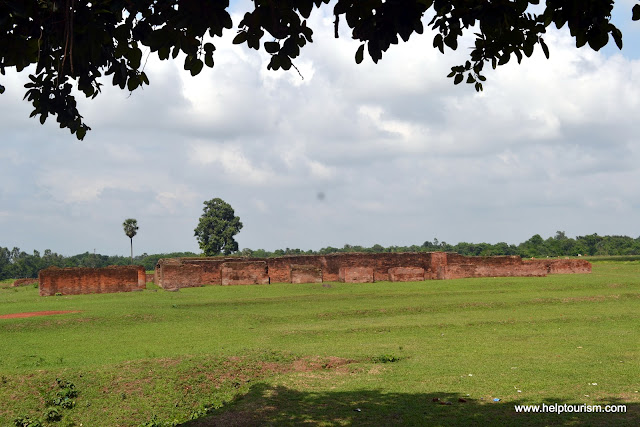 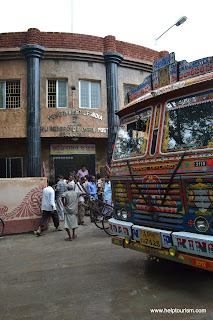 The sight of the Bangarh ruins immediately took me to my days following the Karotoya River in Bangladesh and finding the most interesting Mahasthangarh, the ruins of the great kingdom. Not very far away was the World Heritage Site, Paharpur (Sompur Mahavihara), one of the most important Buddhist Universities which was directly linked to Tibet. I almost forced Tuhin to take me to the border town of Hili (about 25kms from the learned people’s town of Balurghat), the Paharpur site being hardly half an hour driving distance from here. It is unfortunate that I could not cross across without a visa and make a short visit to Paharpur. The border had divided families, people from 02 countries were standing across the fence, asking about the friends and relatives, sometimes just clicking each others’ photograph on their mobile phones to take back to their families. Only if there was a visa at border. 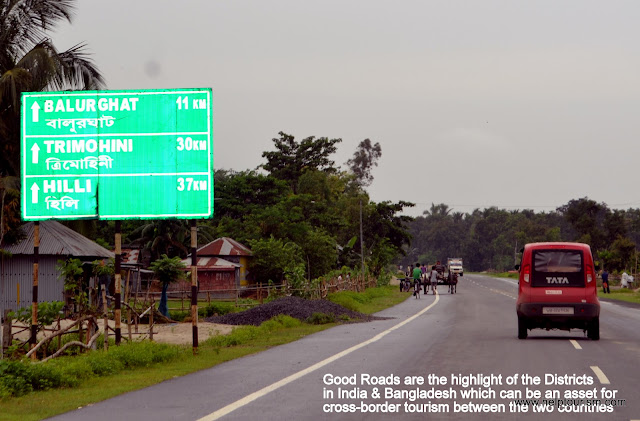