An address damaged and a region after shock 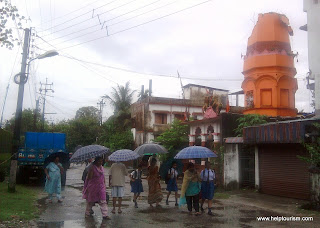 When anyone called me up to reach my residence at Siliguri, I would say 'Reach Hatimore, Subhaspally, turn left, from Ashim Sweets or now Monginis turn right and then straight, keep coming till you reach a Shiva Temple near Vibgyor Sporting Club, take a U-turn left from the Children Park...the earthquake today has brought down the roof of this Shiva Temple and a wall close to my house. This is the visual all of you must have been watching in almost all television news channels. 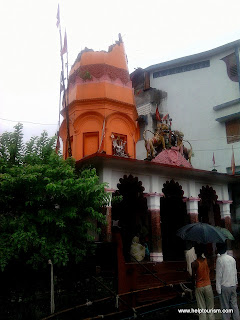 The temple has been there since time unknown, a prominent conical roof, which used to be coloured during every Shivratri, was supposed to have been after the 2nd World War, when the American troops of the allied forces had left some cement at the present FCI Godown just opposite to the Shiva Temple. Things must have turned worst for Sikkim. None of the phones that I have been trying since long seems not reachable. Earthquake is not new to this area, but I don't remember a time when it has happened so strong, that it shook people out of their confidence. 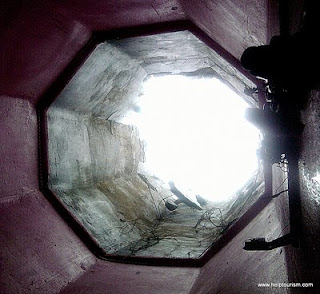 Today morning, I could get through with several of my friends and relations in Sikkim and Darjeeling Hills. Mangan gave the message of the damage at Chungthang, Hee told about damage in Jorethang. Situation does not seem to be at its best, as electricity and telephone connections were not working in several areas, but since morning some places it resumed and the people could be contacted. The Government at the centre and the states are at their toes, about 500 reserve forces have arrived last night at Bagdogra. The major concern is the panic among the people and the fright of repetition. 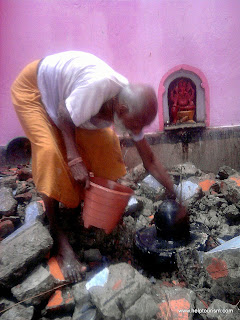 Knowledgeable people have said that we have been saved because of the type of sedimentary rocks that we have, but have shown their concern about the several dams on the different rivers. As general public all of us believe that we have been saved because it was Biswakarma (God of all construction and engineering) Puja yesterday. Most of the time we tend to forget that we are in the Eastern Himalayan Syntaxis, an area for major earthquakes, which repeats almost after a little more than every 50 years. The last major in the region was the one in Lohit & Dibang areas. We need to be extra careful about what we build.
02 major concerns about East Himalaya, when the bamboo flowers, and when the earth shakes...the 1950 shake of Assam is still fresh.