Own a House in Nagaland 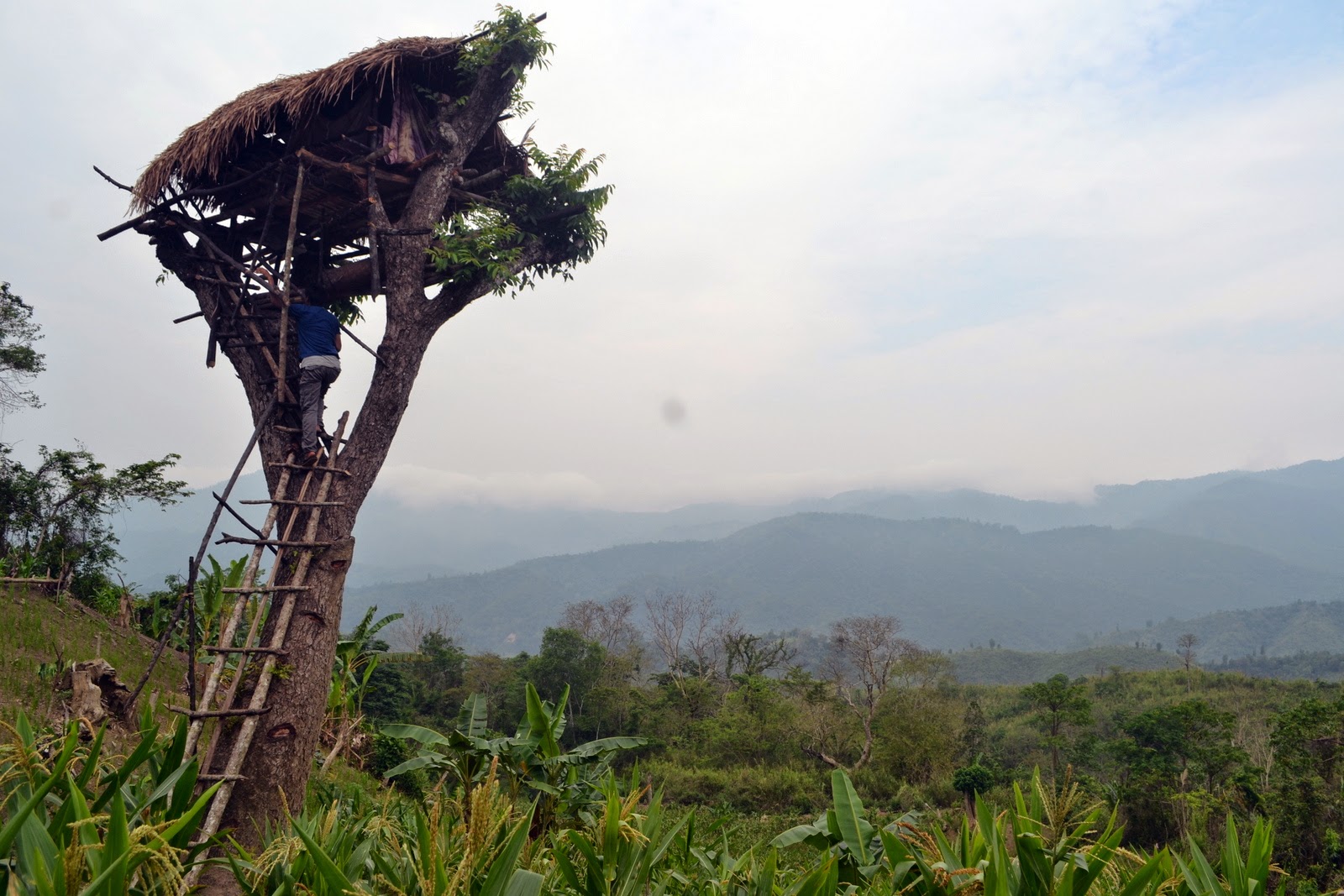 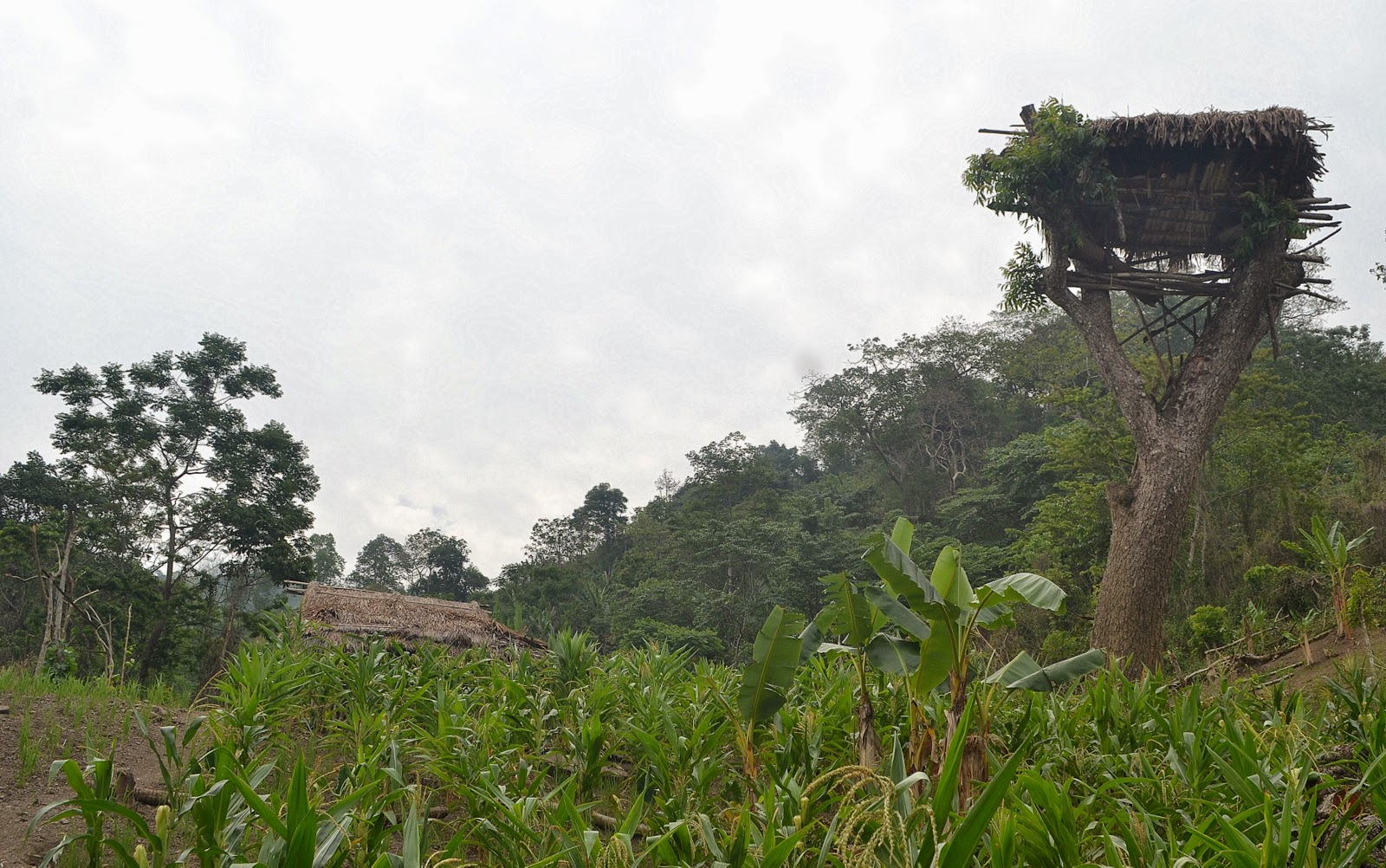 I had posted a tree house photograph on Facebook during my stay in Pangti, Nagaland,  https://www.facebook.com/photo.php?fbid=10152841307263332&set=a.10152676788458332.1073741837.732133331&type=1&theater and there were more than a hundred ‘like’ to the post, probably because of the fact that I had mentioned that you can now own this house with a kitchen with dining cum sitting in the ground floor. These images are from Pangti Village. The Lotha community in Nagaland had built this village more than 600 years ago and as they settled down, they practiced different agricultural patterns. To protect their crops they build field houses, where they live temporary to look after their house. The pattern of the house depends on the wild animal visiting the field. 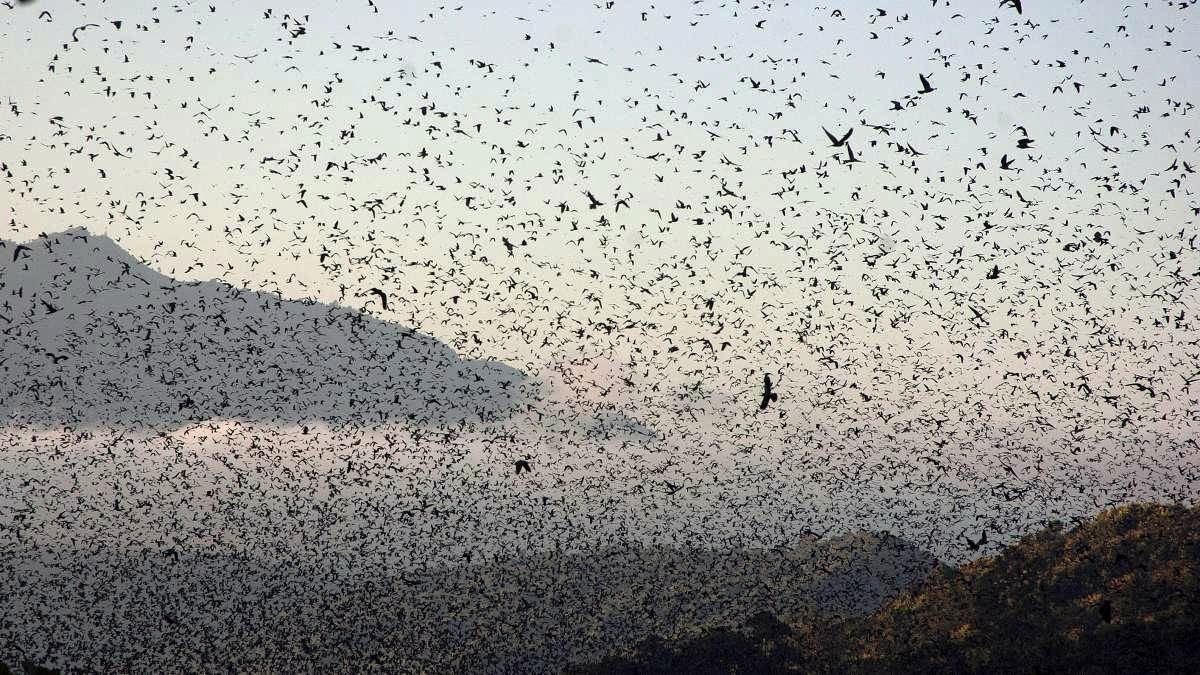 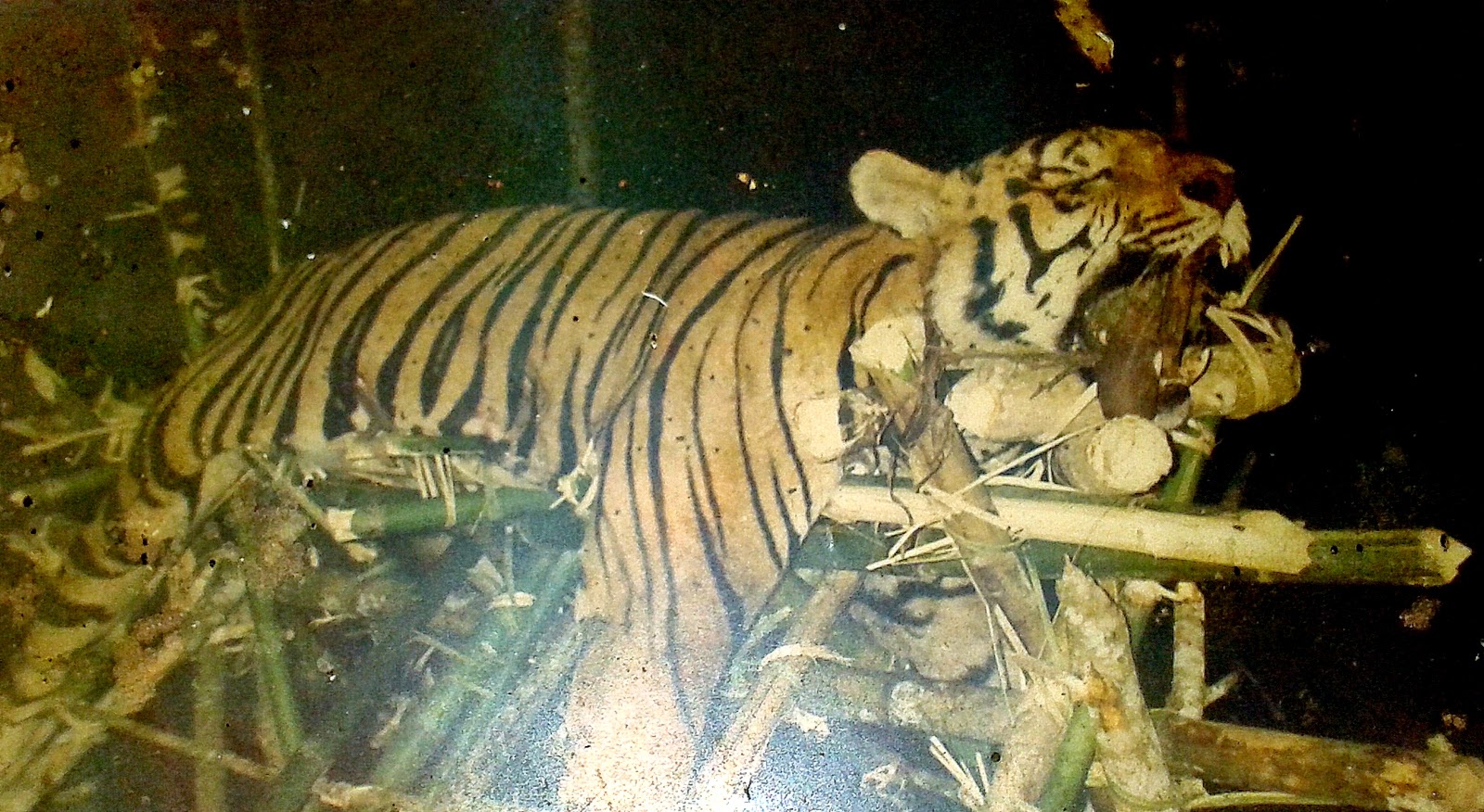 The common visitors to this village were elephants, tigers, wild boar, snakes, insects, birds and many other known and unknown beings. Unknown, because many of the people are believed to have seen the pygmy people, who prayed by the special fire stone or Monkhumuv nchu. The Tiger Stone or Mhorhu Etsiphen which is there is meant for measuring the tiger after killing. The largest number of visitors to this Pangti village and some adjoining areas are the AMUR FALCONS, probably the largest single species animal migration known to the world. The number highlight has happened after the Doyung Reservoir was created. 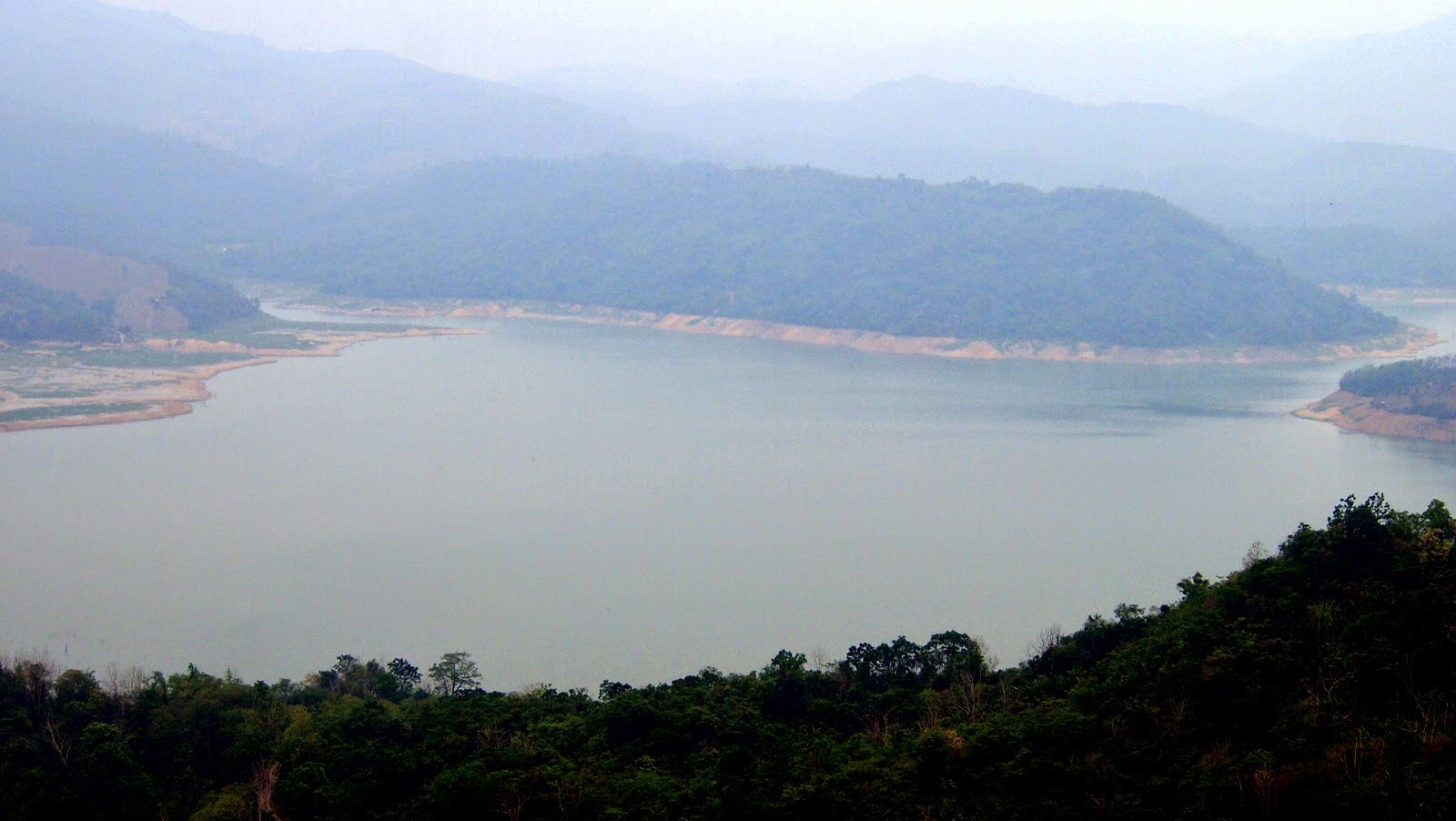 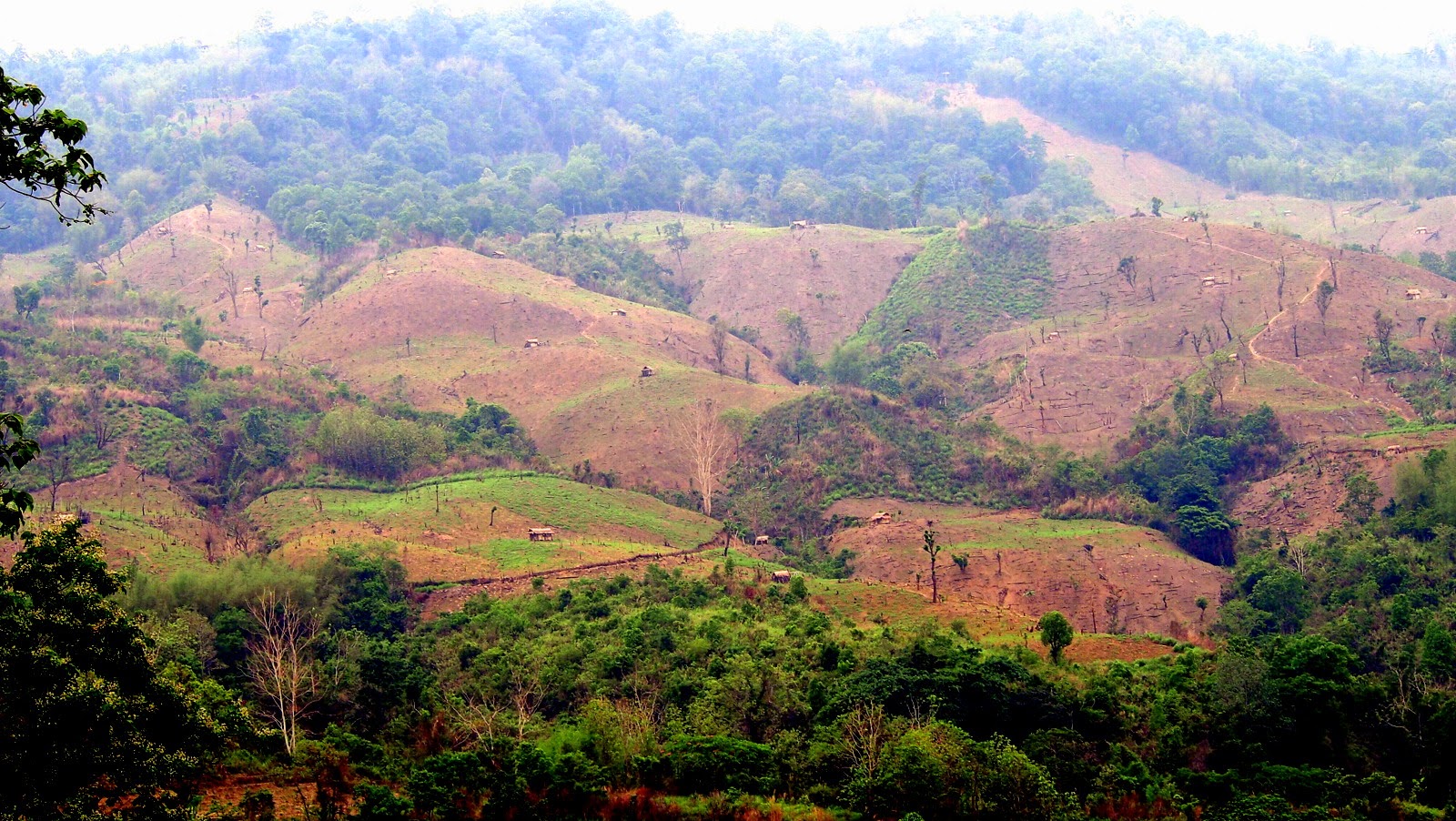 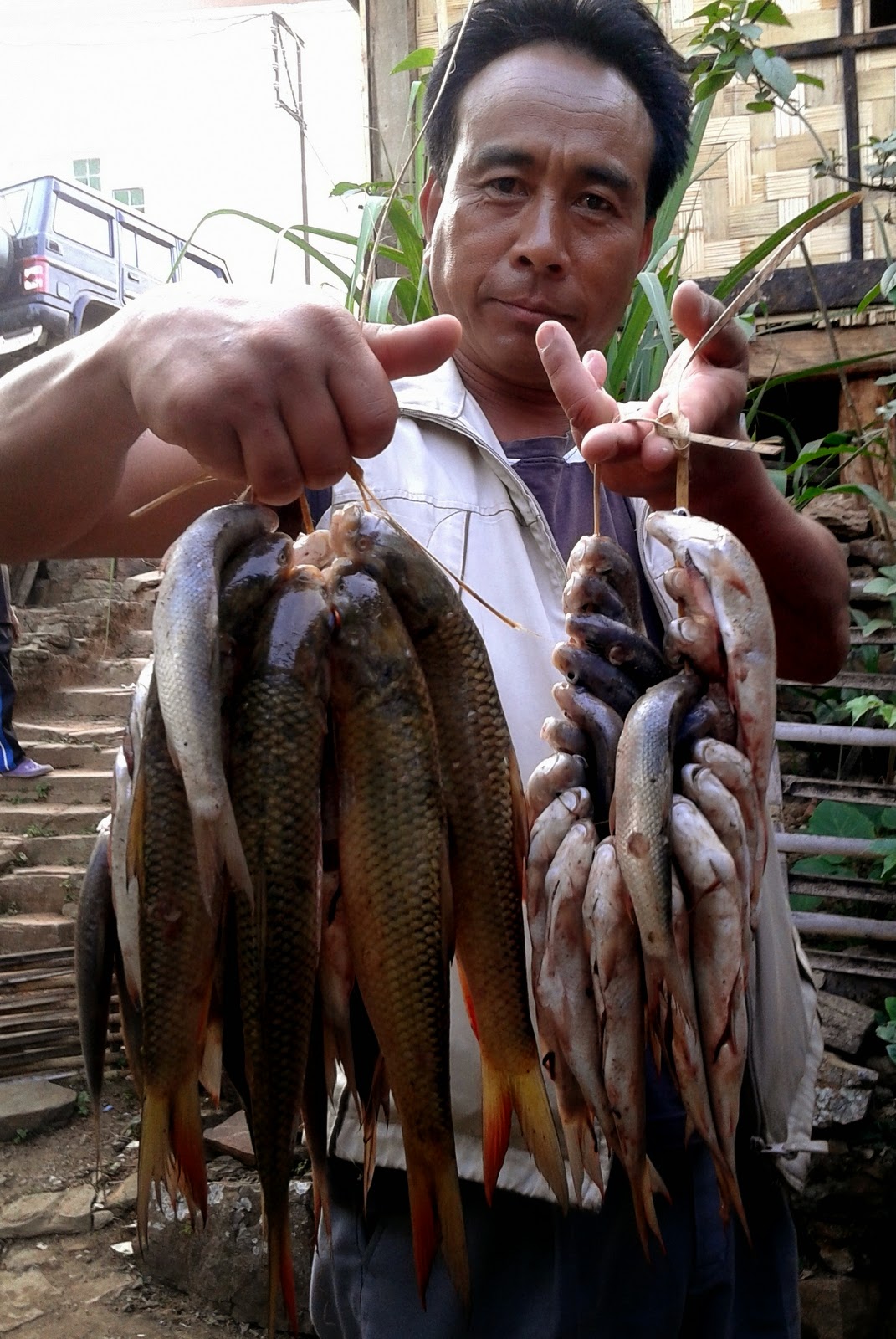 In the meanwhile, because of the reservoir, the rivers became less dynamic and the immediate effect was the huge reduction in fish numbers. The fishermen union President, Zanthunga Shitiri said that our fishing nets now leave the waters and are spread in the trees to arrest the visitors, the Amur Falcons, in as many numbers possible... sometimes so much that our fishermen cannot carry them. At the same time, the ‘slash and burn’ method of clearing for zoom cultivation is fast reducing the canopies in and around Pangti. Lijon Ngullie, a local but enlightened farmer remarked that the low rainfall and the loss of forest after the reservoir had been made, our crops too have reduced and our people have to match the increasing fees of children at school and the growing prices with growing consumer wishes do not have any matching livelihood. And, hence the Amur Falcons. 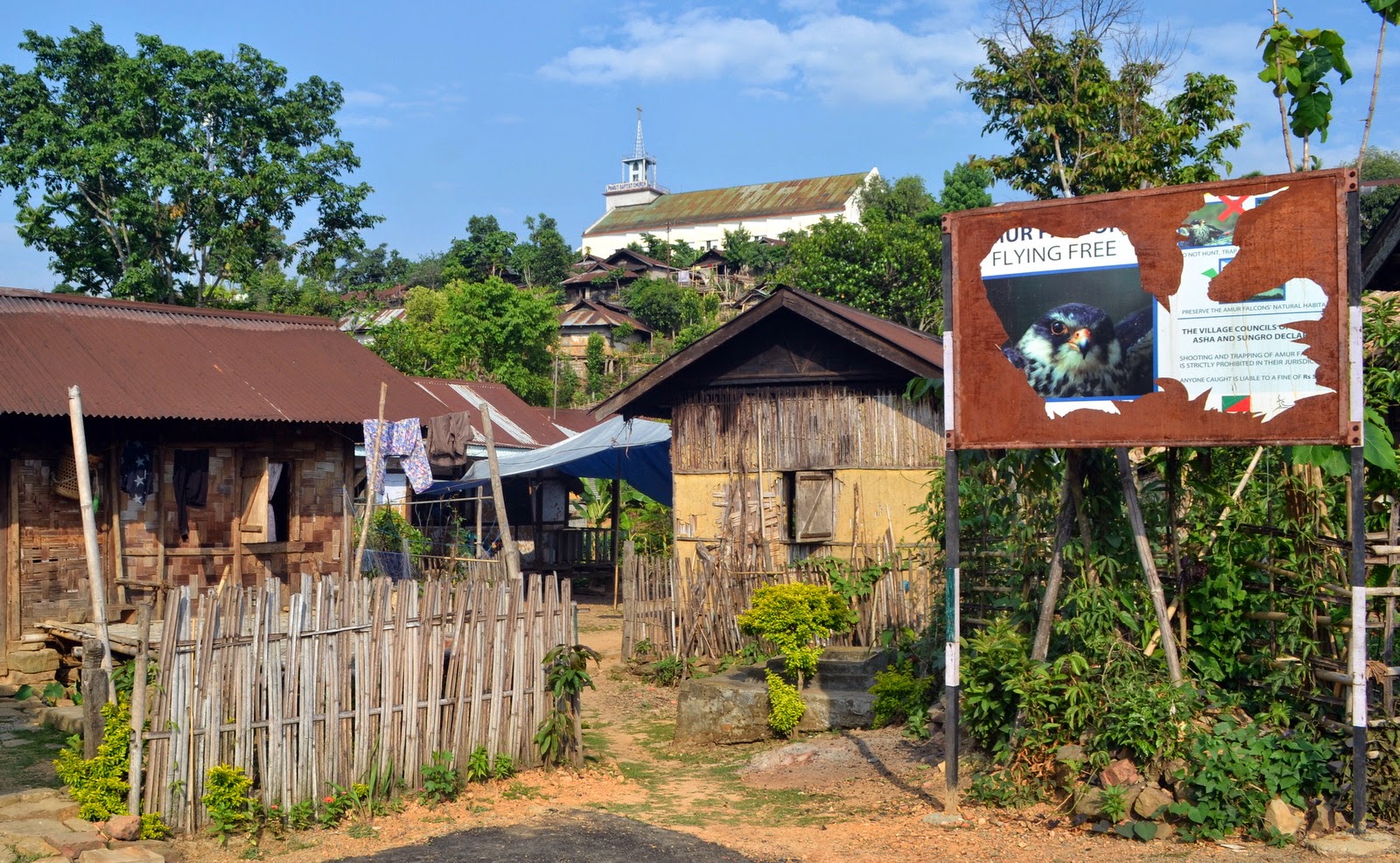 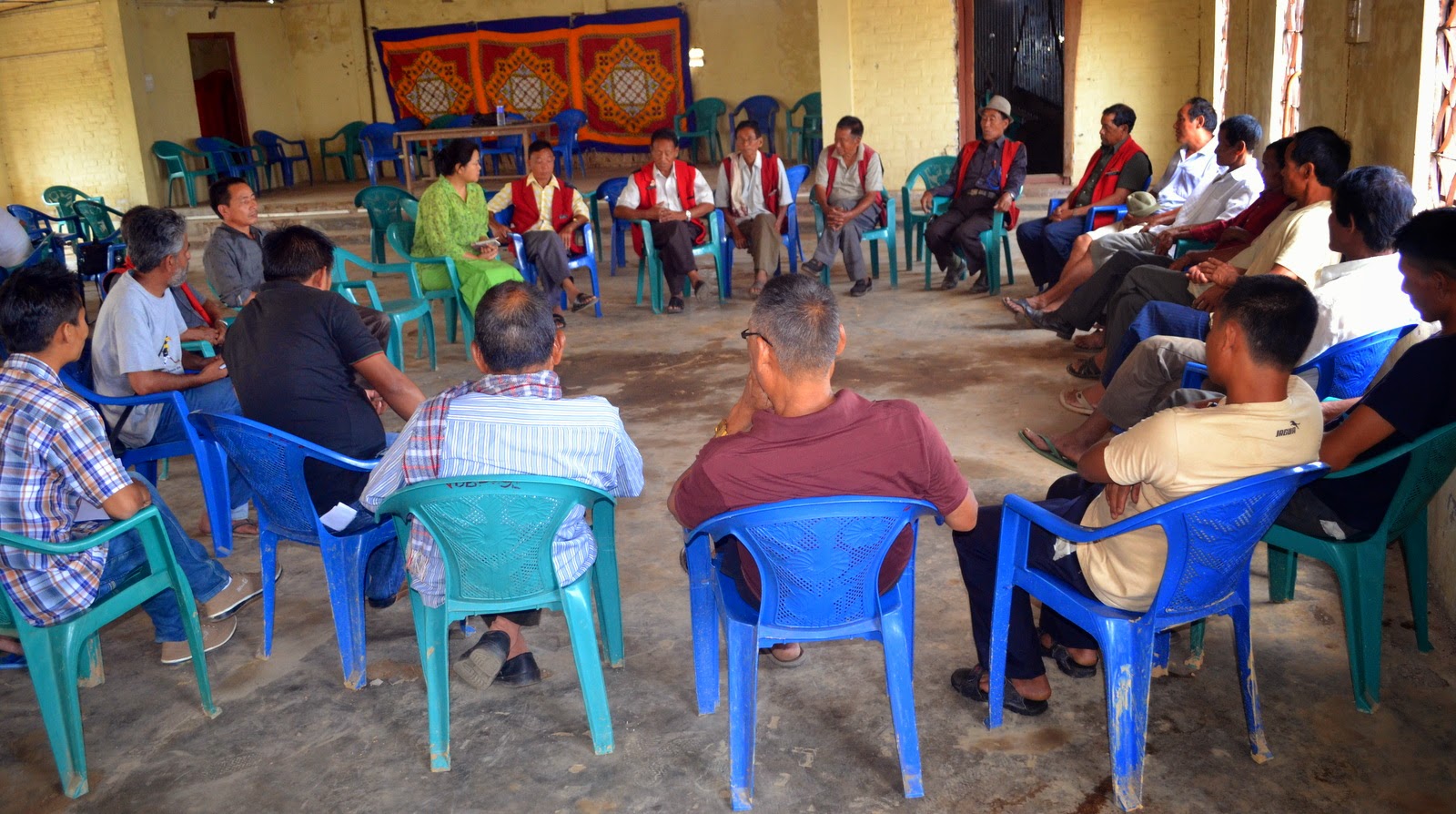 This was an SOS from our very close friends Ramki and Bano, that Asit and I decided to visit the village. As we heard the Pangti Village Chairman, Vice Chairman Ronchamo Shitini, Vice Secretary S.Wabamo Kikon, we could not believe our ears. Last year with the involvement of the big and International NGOs, Government and several other well meaning individuals, the hunting of Amur Falcons were banned in Pangti, posters were put up and awareness programs were run. Also, promises were made to find out means of alternative income. With the return of the Amur Falcons, the villagers still wait for the promises to be fulfilled. The Chairman clearly said that this year it will be impossible to stop the hunting, we could not fulfil any of the promises which we made on behalf of the several organizations and individuals. The posters will reflect the thought process of the villagers. 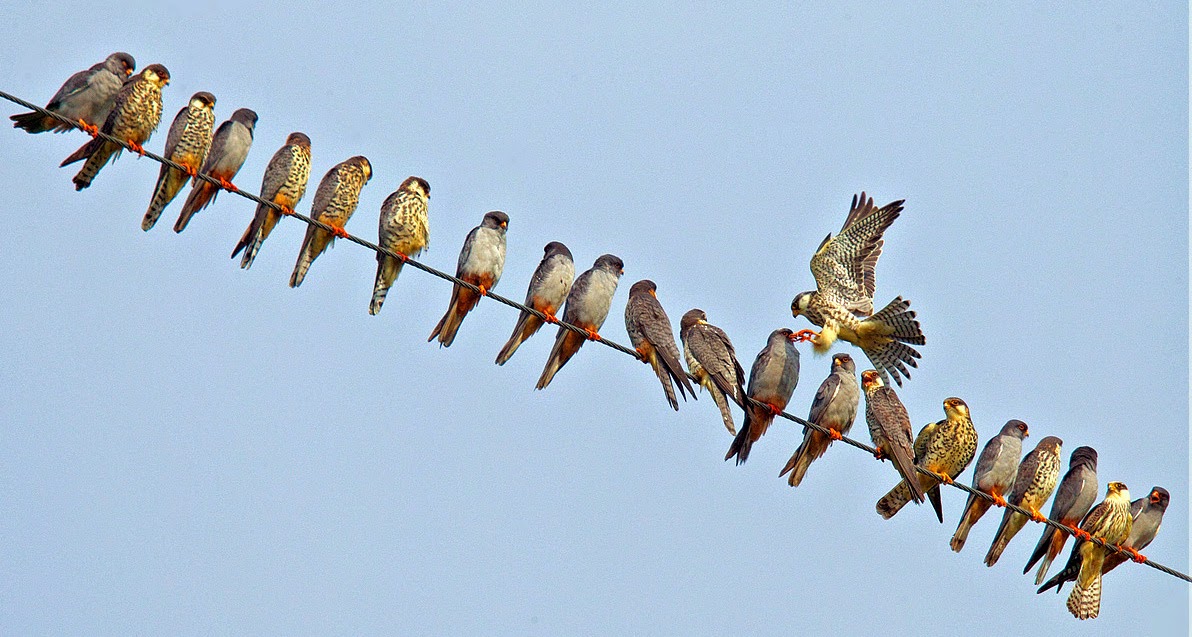 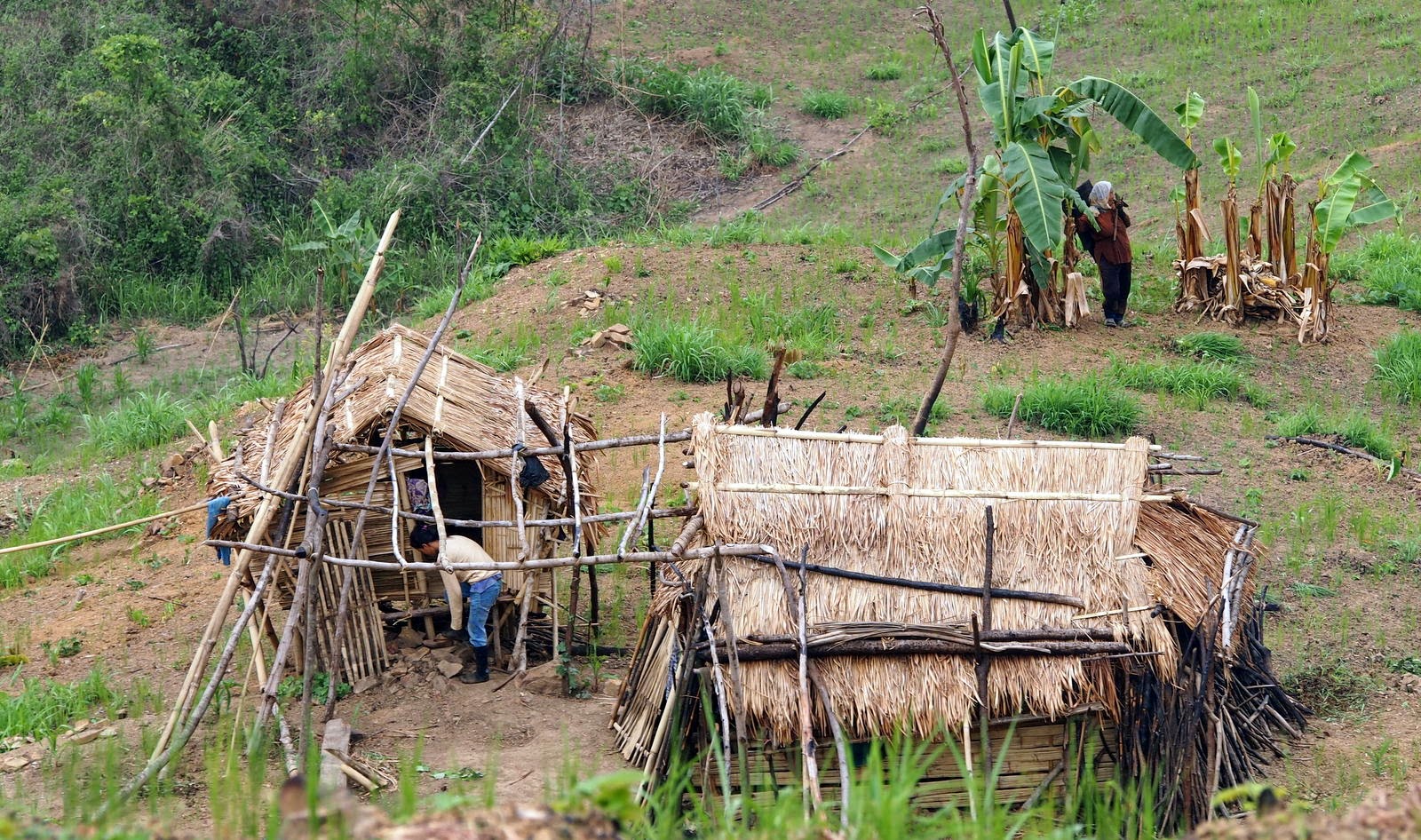 The Amur Falcon season is not far away. If everything remains as usual, come October 2014 and they start arriving and lives in and around the Pangti village upto the end of November. All responsible tourists, travellers, nature lovers, photographers and tourism associations, the time has come to respond to the call. Adopt one of the field houses in the agricultural land and compensate the income of the family, earned through killing of the visitors, ‘the AMUR FALCONS’. Come and live a month or two with the Naga Village life, or invite your friends and relatives for a week or more, before you end at the Hornbill Festival between 1st to 7th of December, 2014.
For details, please write to northeast@helptourism.com or call 9831031980. 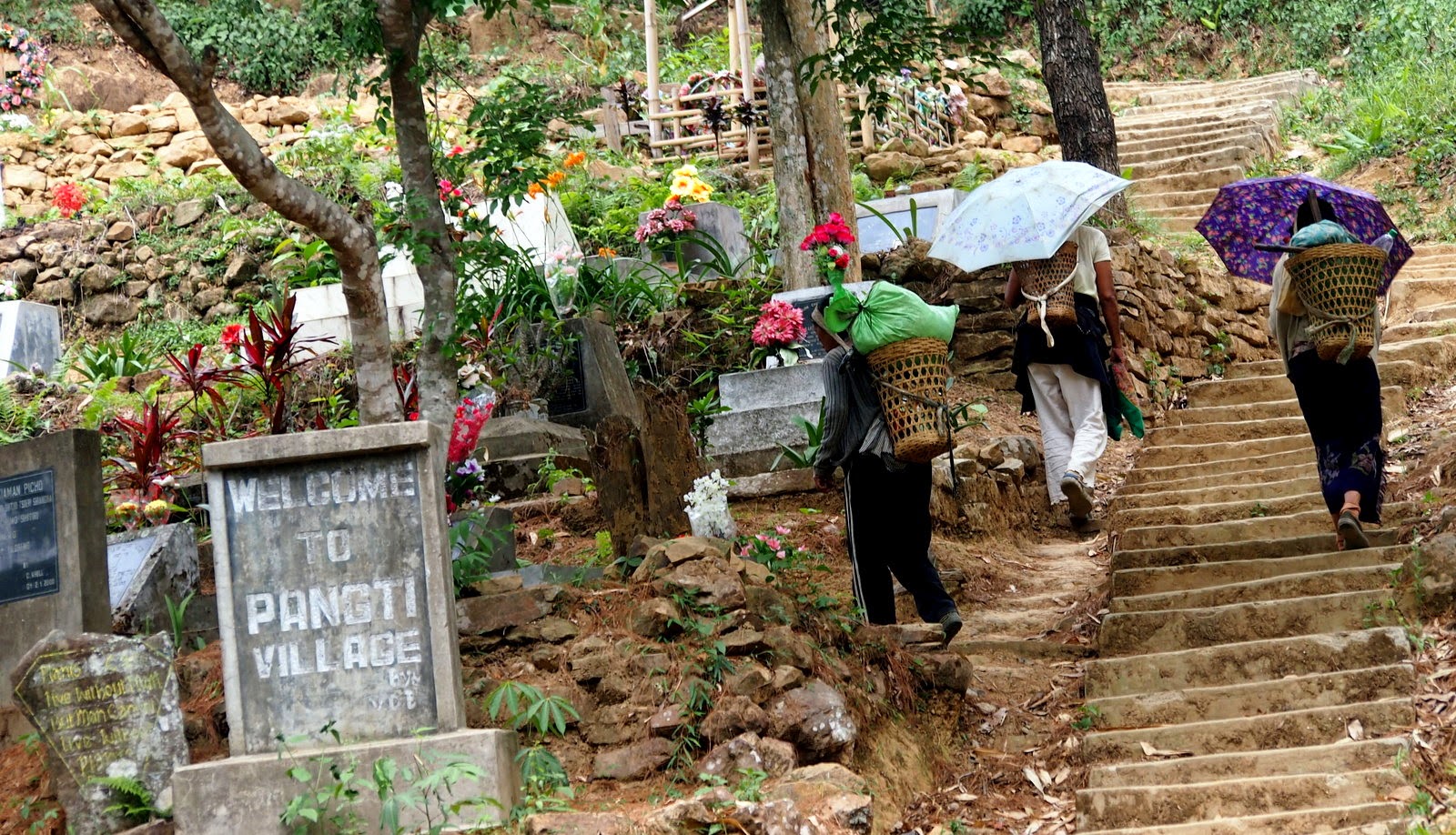 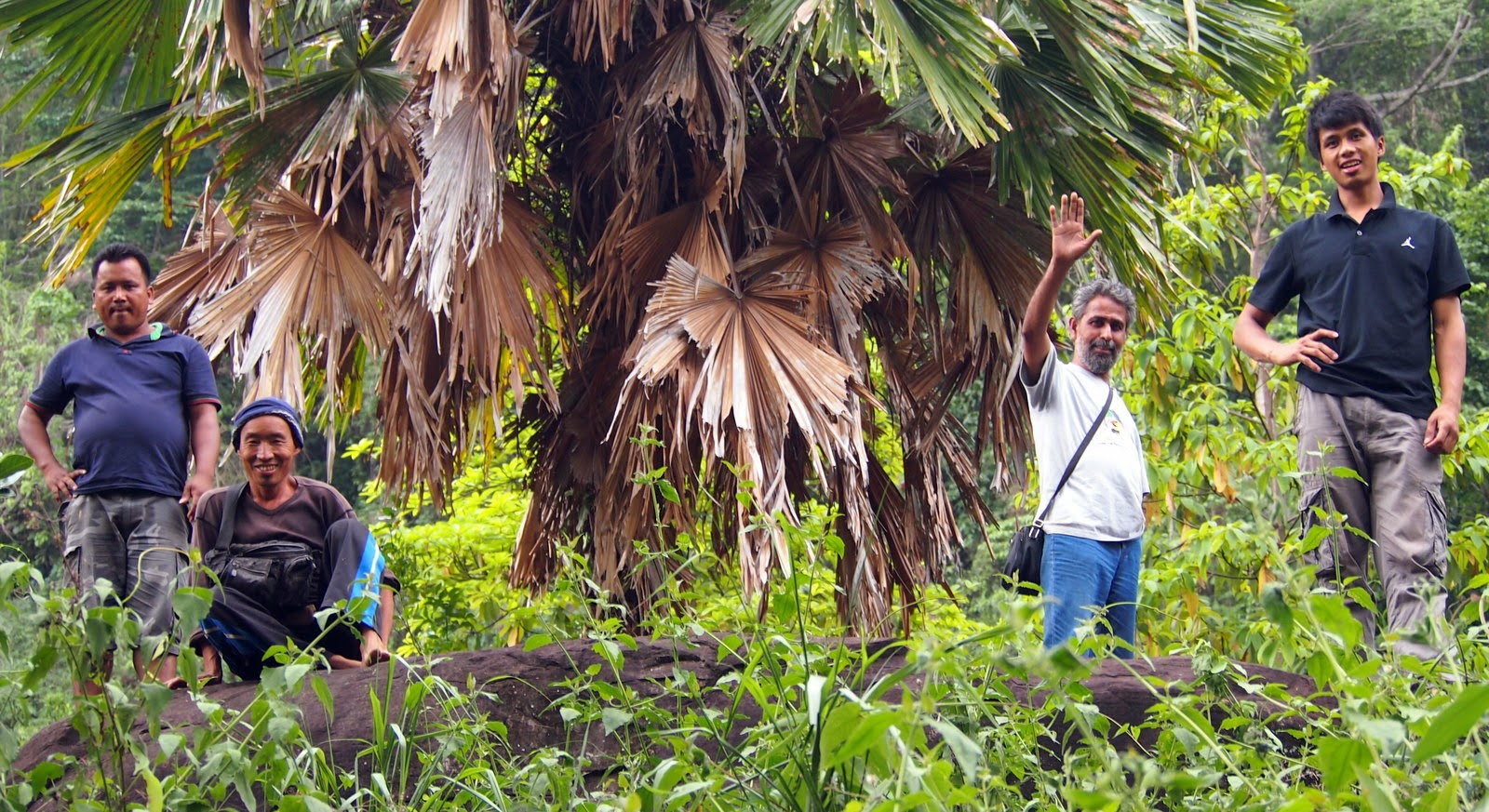