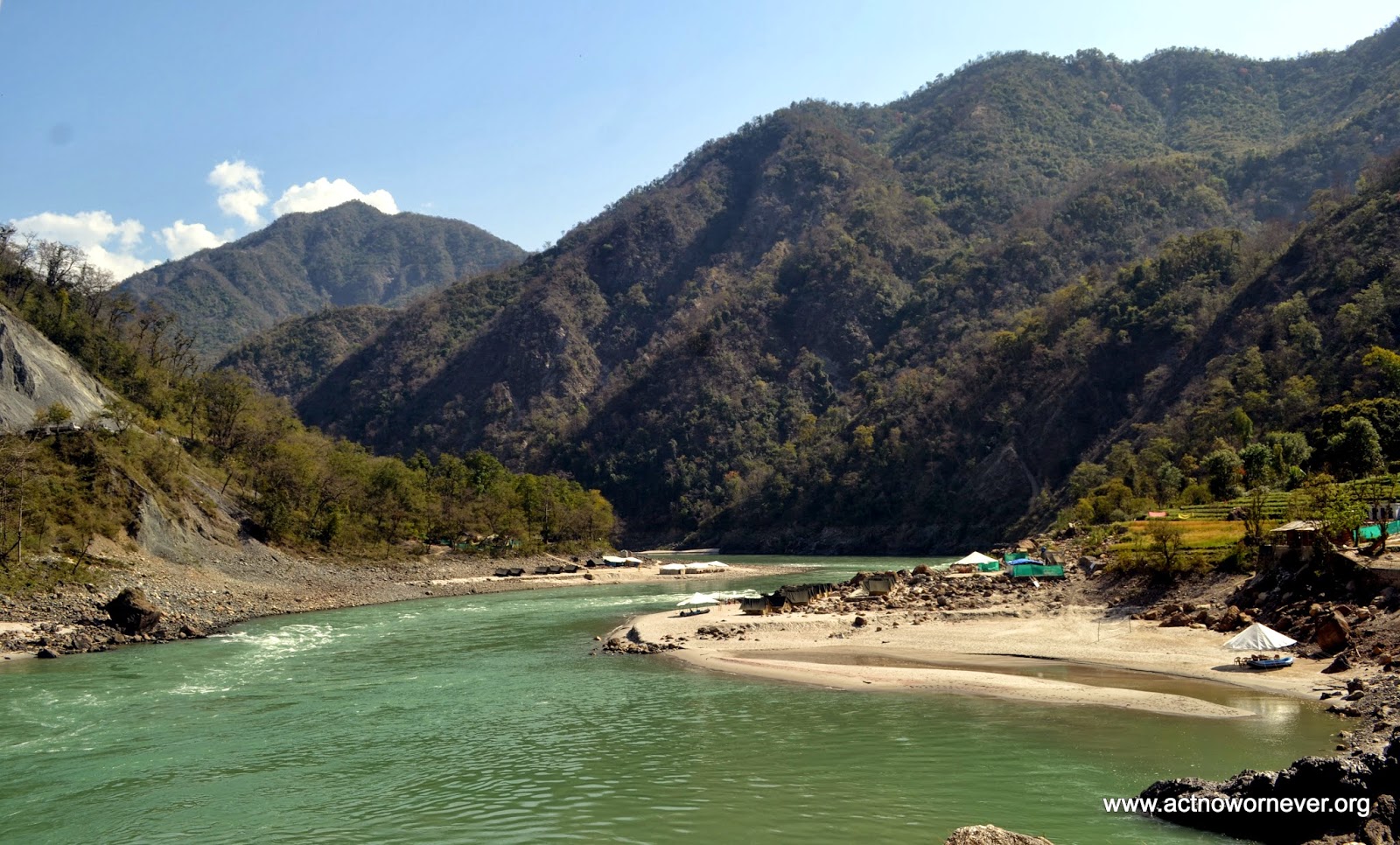 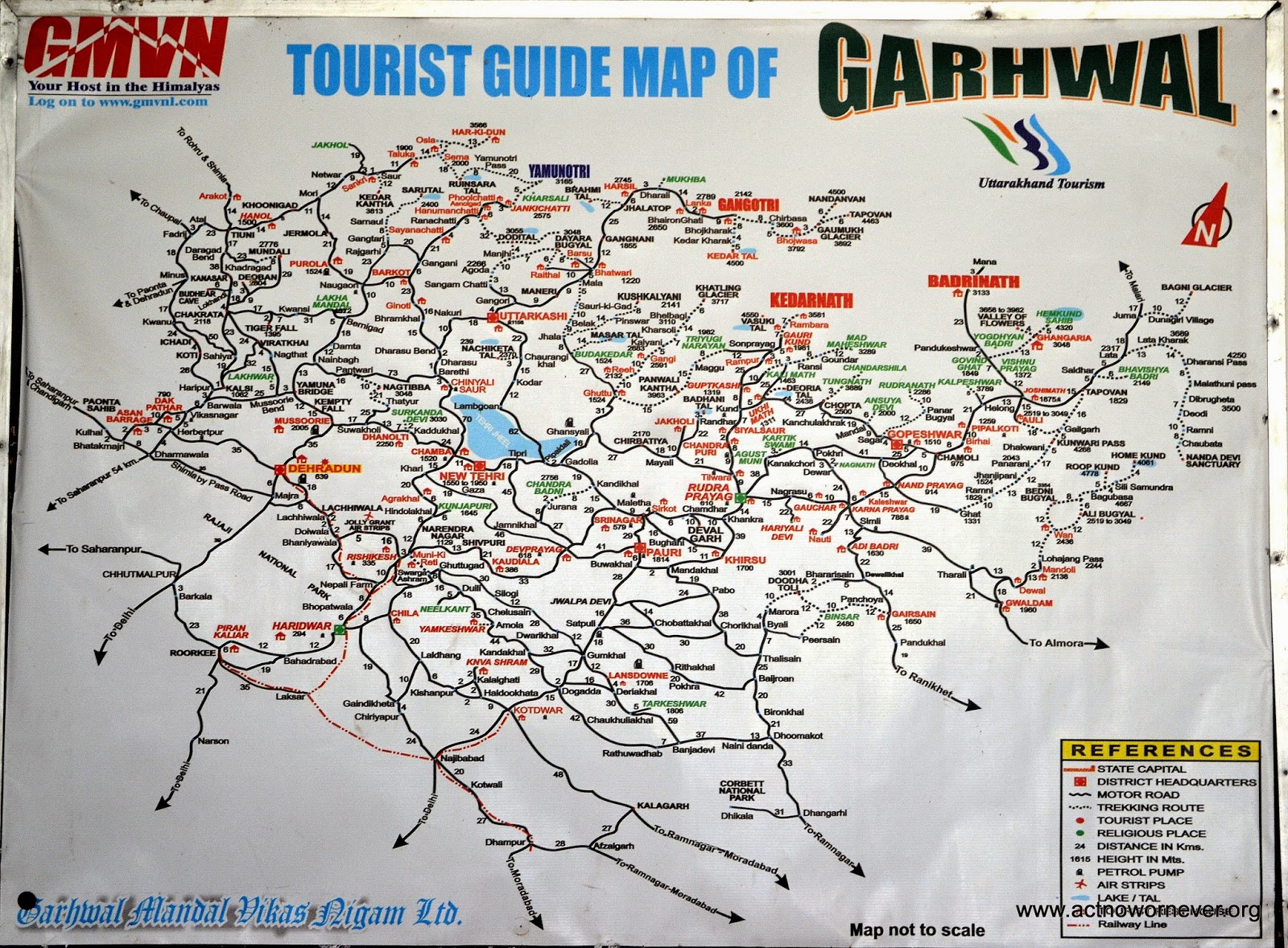 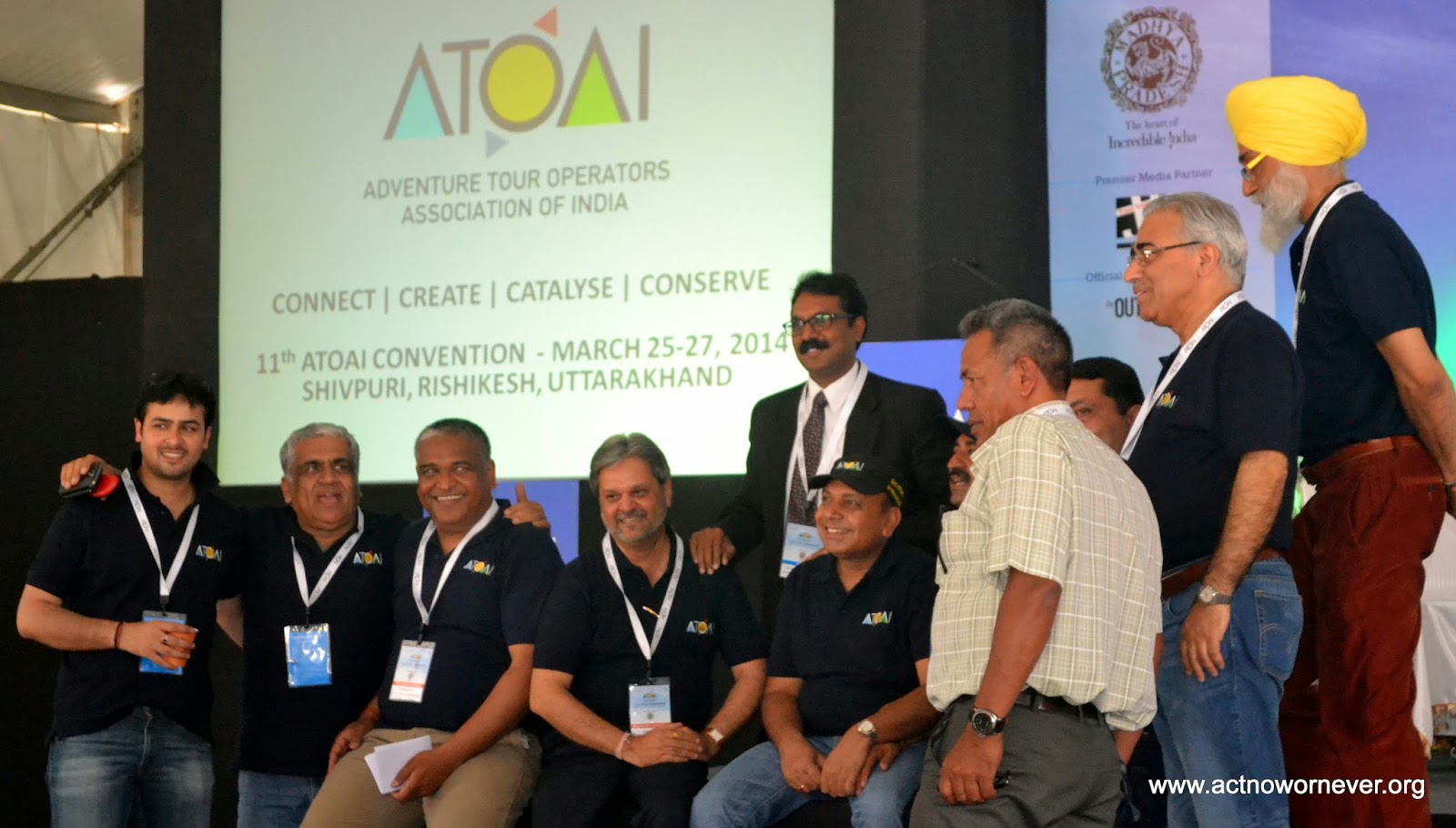 Uttarakhand is safe to visit, to give this message to the world, the Adventure Tour Operators’ Association (ATOAI) inaugurated their 11th Annual Convention at Shivpuri, about 20 kms River Ganga upstream along the road. This is supposed to be a niche association at the National level in India, considering the others that of tour operators, travel agents and hoteliers. This was the first time that a National level tourism industry association in India could come out of the four walls of hotels and the wrappings of suits and ties, completely in the outdoors, where their stake lies to organize their National convention. Congrats, and when you call Incredible India, it itself means adventure. Several acts of responsibility and discussions were the main show of the first day. 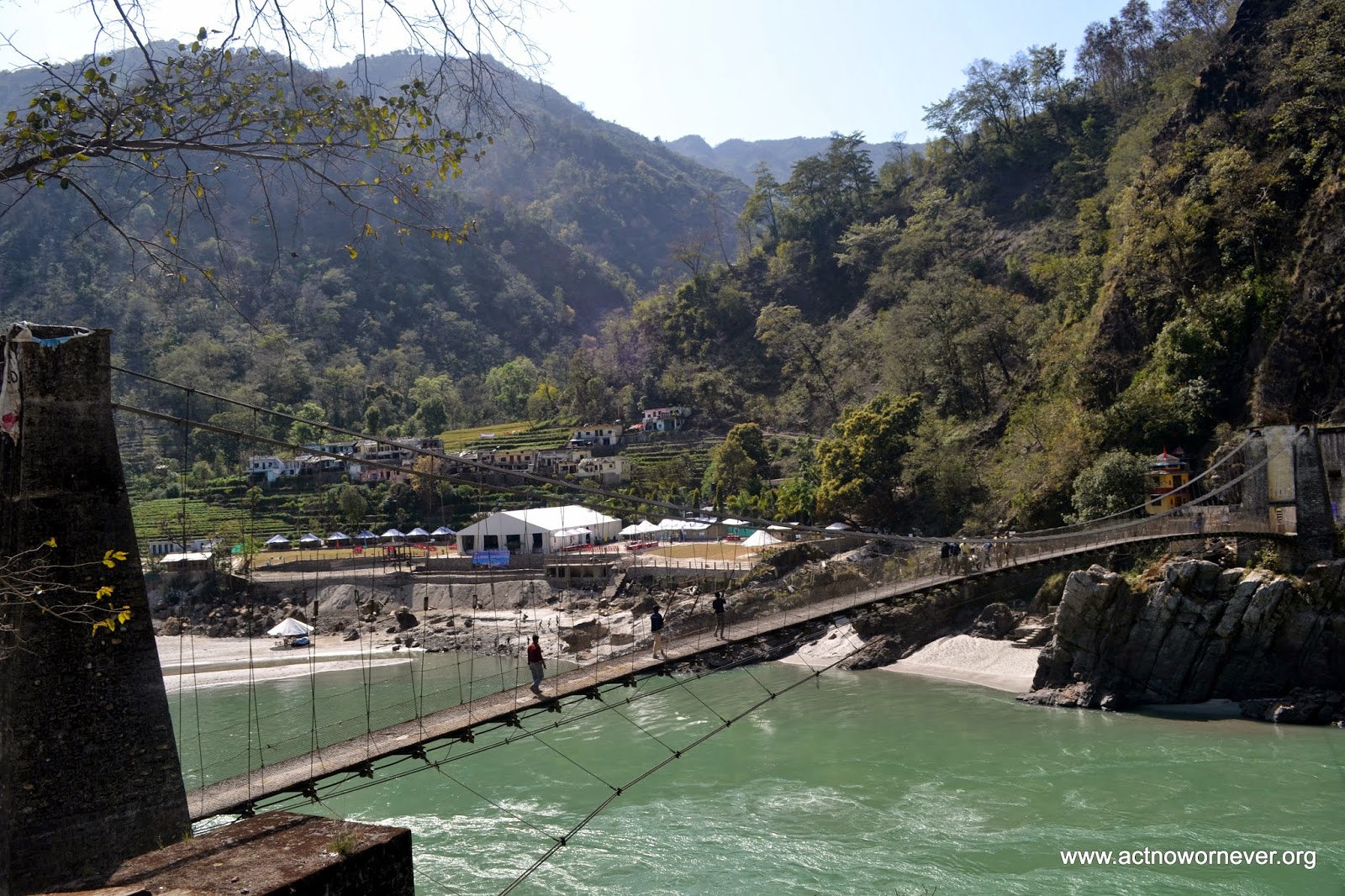 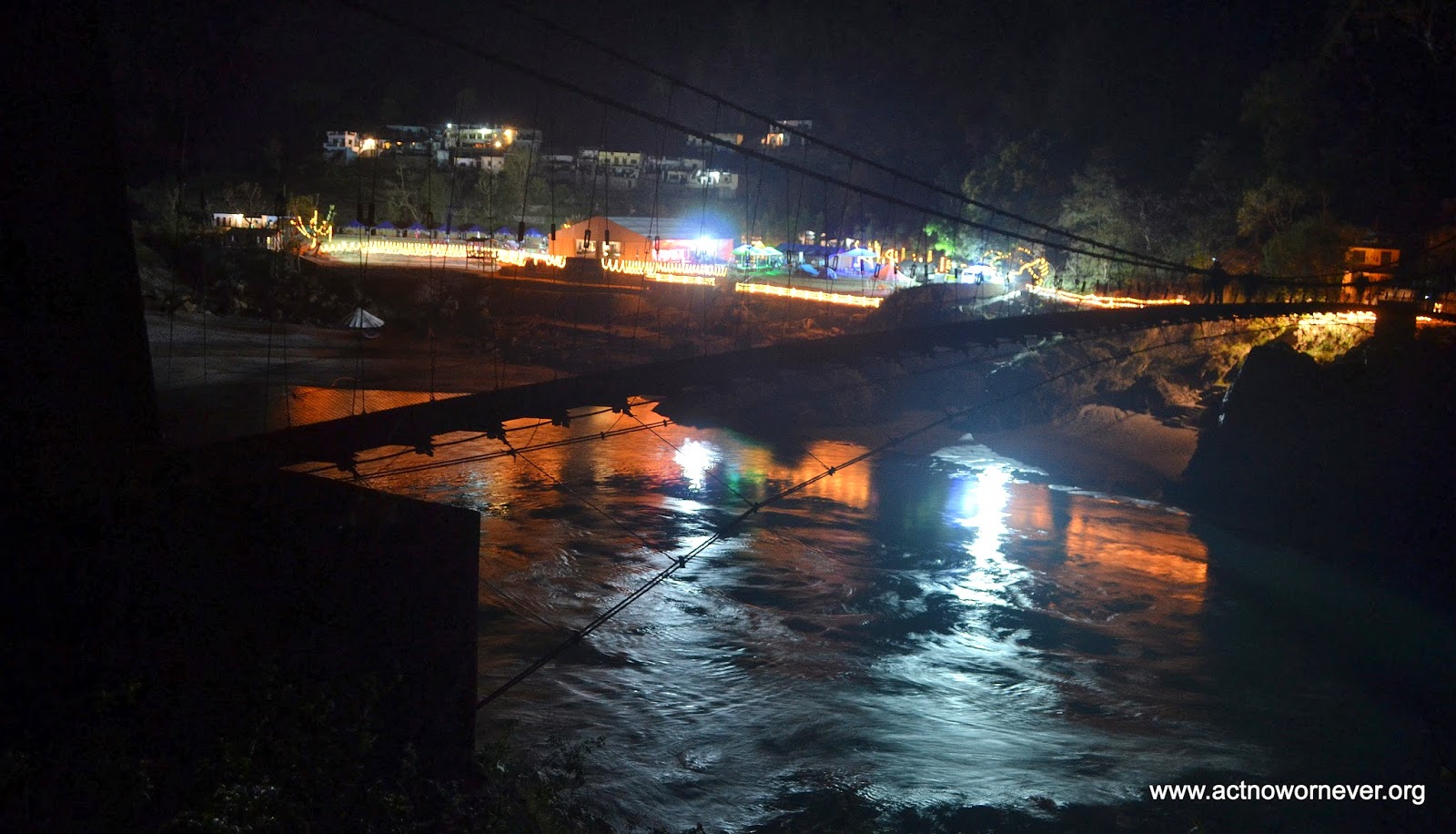 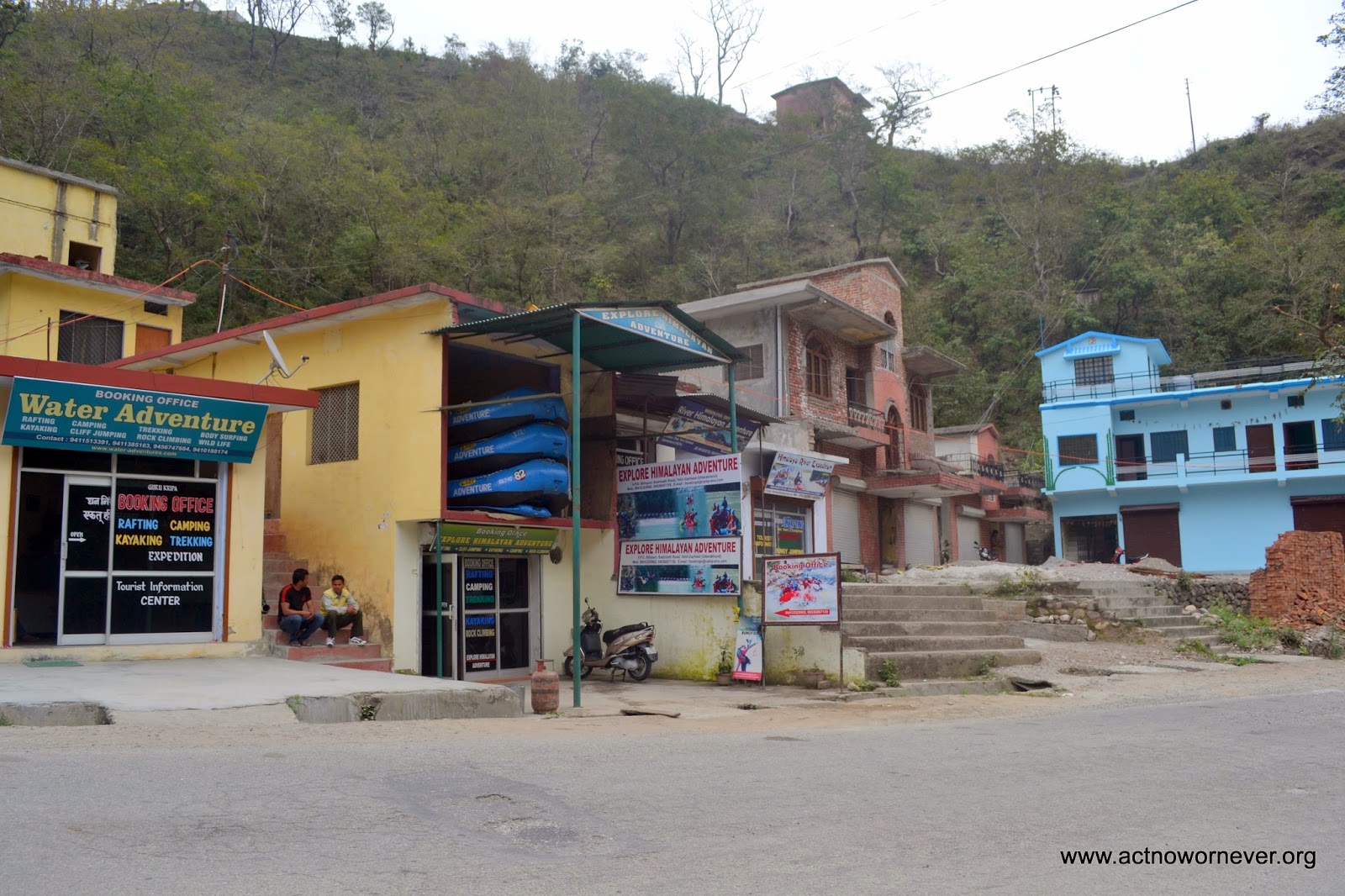 Shivalok, the home of our great Lord Shiva. Devbhumi, the land of the Gods. This is Uttarakhand, detached from Uttar Pradesh about 16 years ago. Being close to Delhi, there are many International visitors who come to this land and so does a lot of domestic tourist and the largest number is that of the pilgrims. Hence, this is also the face of India. About three decades ago, I had an opportunity to work over here, particularly at Shivpuri, at Rafting Camp. This was the only camp then which was started by Avinash Kohli, who could be recognized as the first organizer of white water rafting as a tourism activity in India. I had very little interaction with him, but I can certainly say that all those who are engaged with white water tourism activities in this country today owe him a salute. 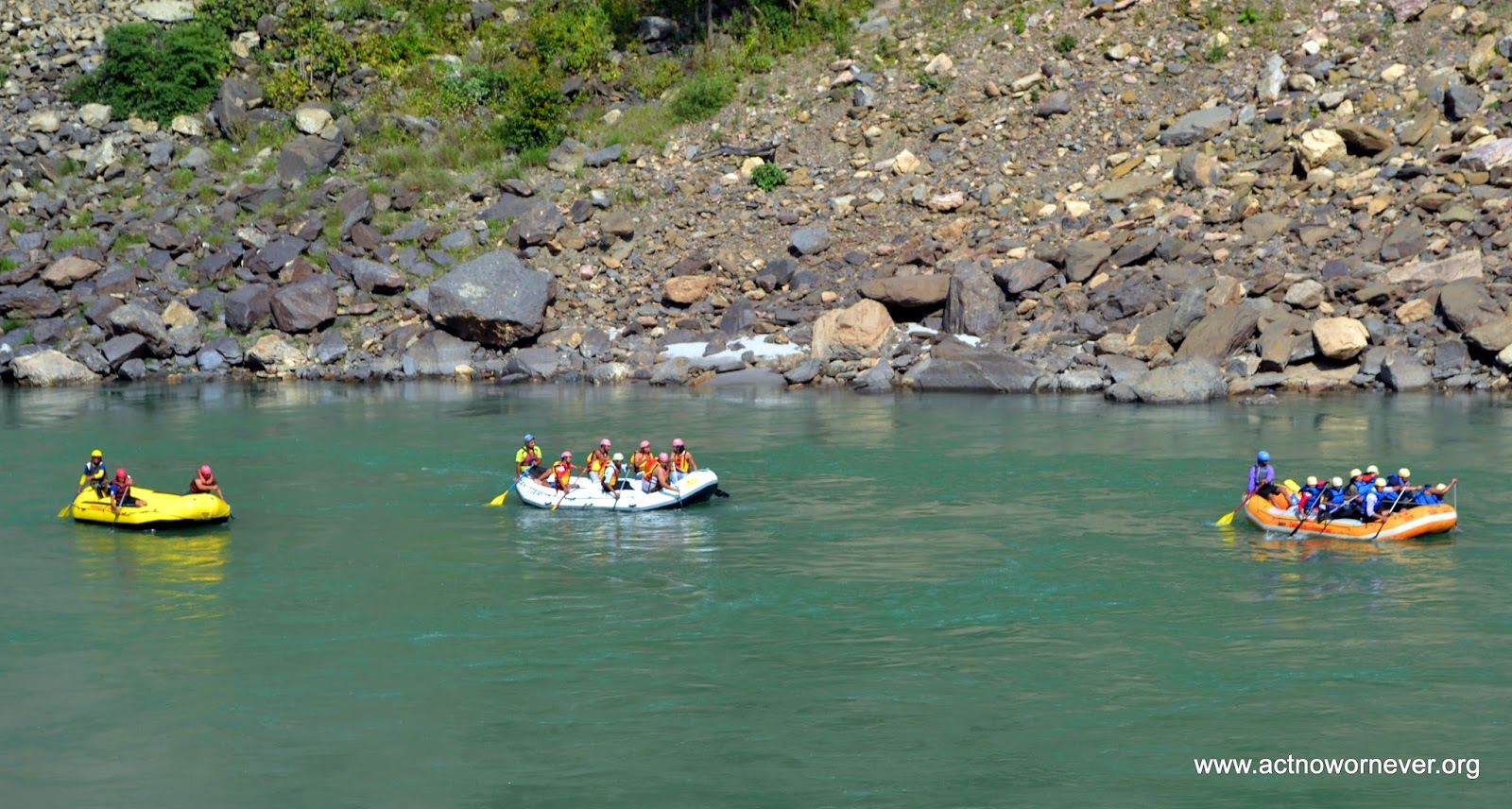 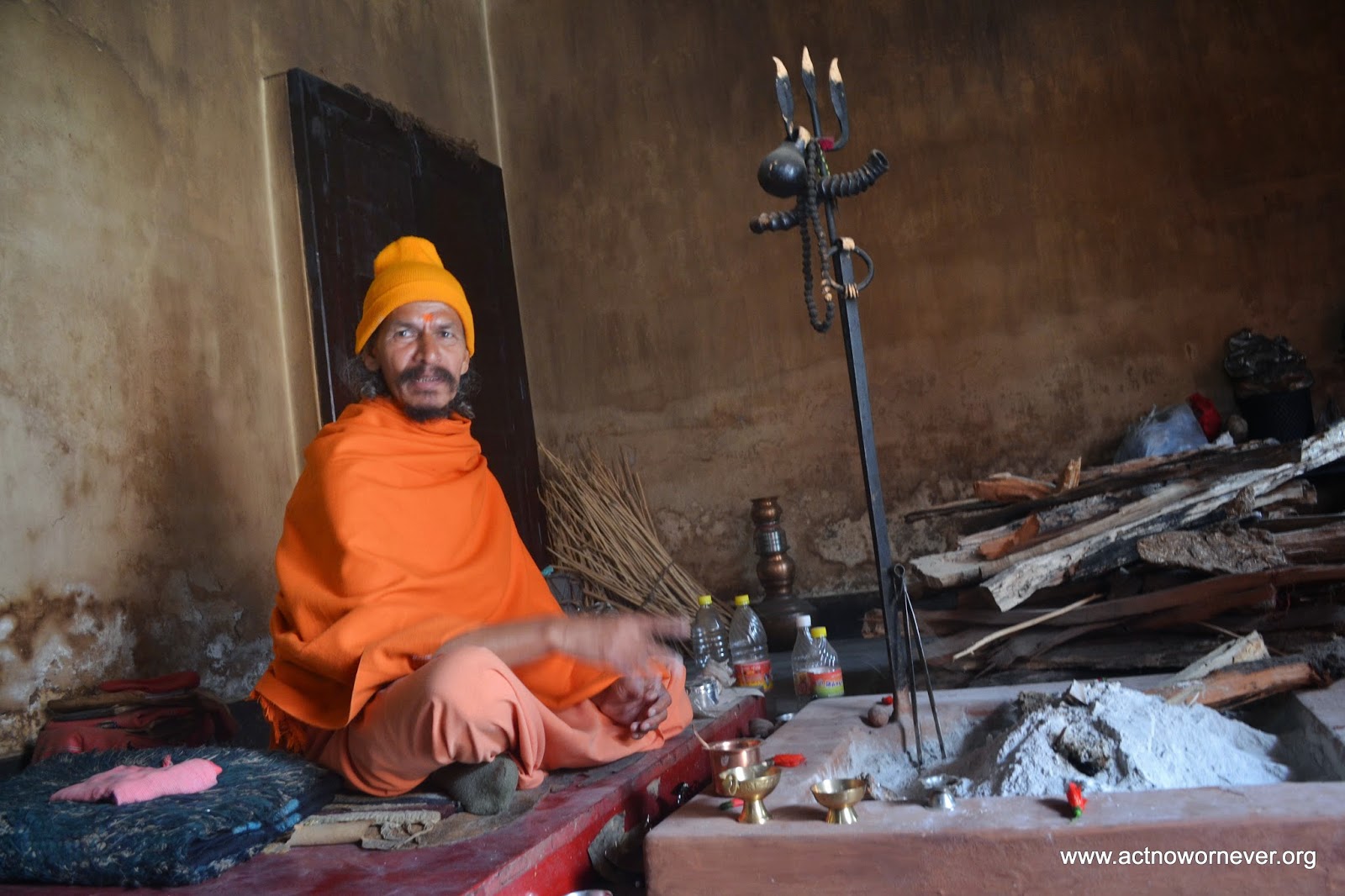 That was a time, a Swamiji or Sadhu (person who has left his house and family to pray for the good of this world), lived beside the camp. Shivpuri, was the samsan ghat (place for burning of dead human bodies near river) of the local people and people were afraid to visit after dark. Khushi, the cook and Vikram, the caretaker of the camp was often gone when there were no tourists. I often shared the landscape with Swamiji. We had sanitary toilets in the camp, but Swamiji woke up in the very early hours, it used to be almost dark to go to the river bank and finish his toilet and bath by the river. While he sat for toilet in the outdoors, he often drew a line around him on the sand with a stick, chanting a mantra, and while he sat for downloading, not even a ant or snake or any living being could enter the boundary line (rekha) which he had drawn. Haridwar and beyond, we never thought of any non-vegetarian food, in our camp even onion or garlic was not used in cooking, as this was supposed to inauspicious near the River Ganga. Any liquor or alcoholic drink was strict no-no. There were tourists and pilgrims then too, and the available infrastructure then would fall short in the seasons. 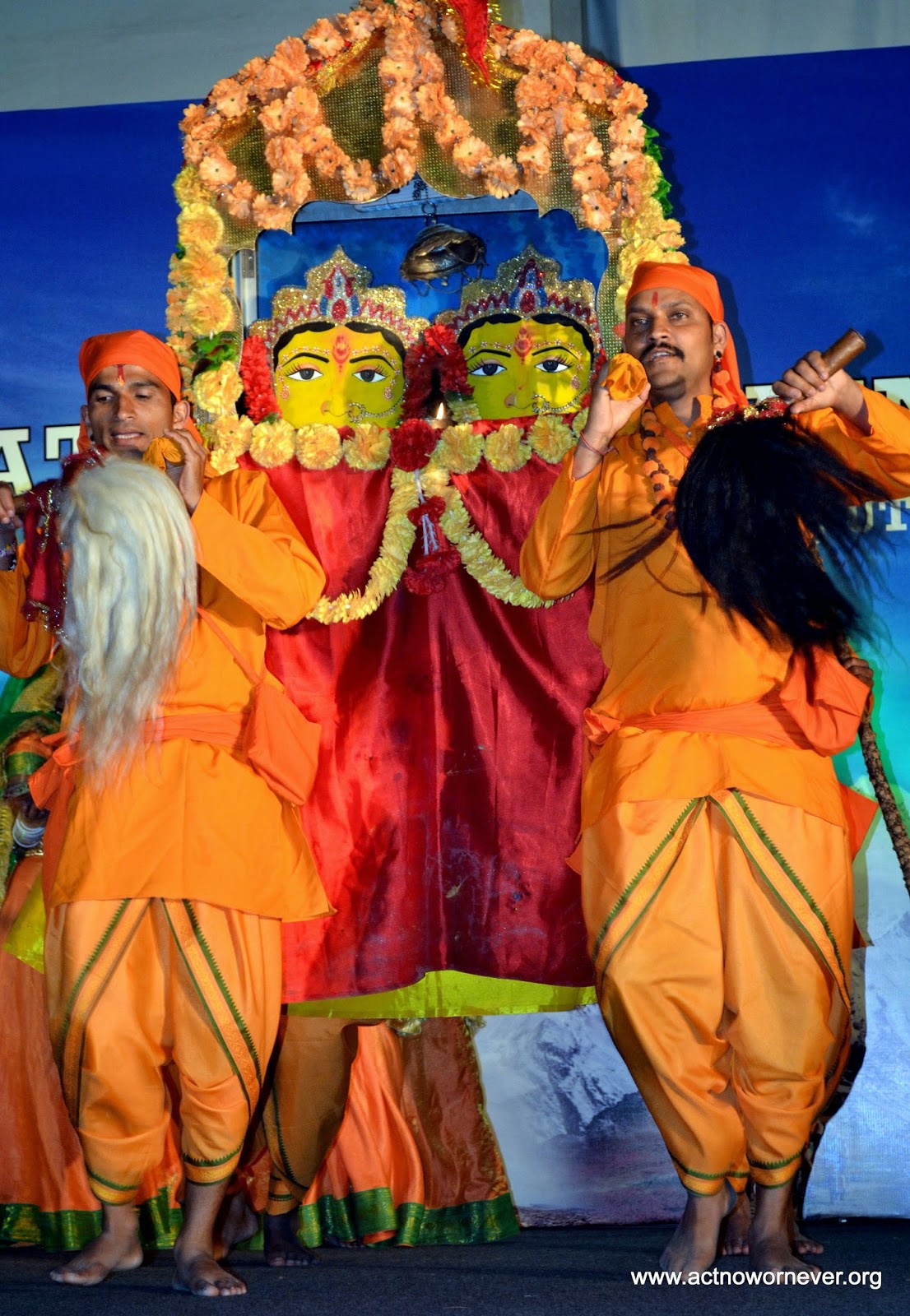 My granny (mother’s mother) often told me this story in the childhood, when Swami Bhola Giri used to live in Haridwar, his disciples often referred to his age being 100 plus, yet strong in service of the people and meditating. Once a half mad or crazy lady was going around Haridwar and often called Swami Bhola Giri with names and beat him also in such a way as if he was much younger to her. When Swami Bhola Giri’s disciples asked him, why he did not object to her acts, he said “she is a few hundred years older to me, it is her yogic powers which has kept her look young, she has achieved the power of wish death of her body, and there are many such Siddhi sannyasis and sannyasins (enlightened men and women) who live deep in the Himalaya and sometimes come to localities. 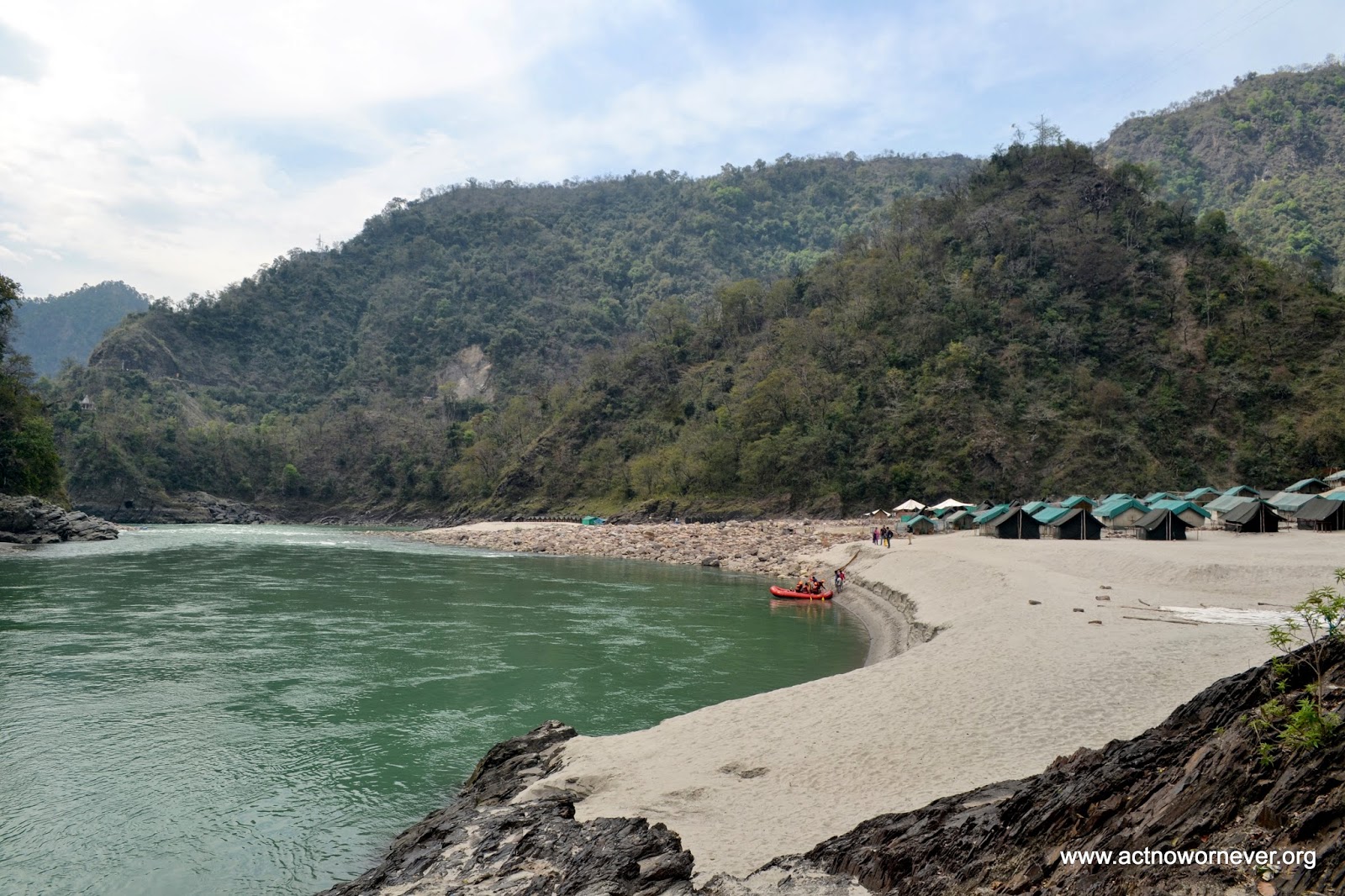 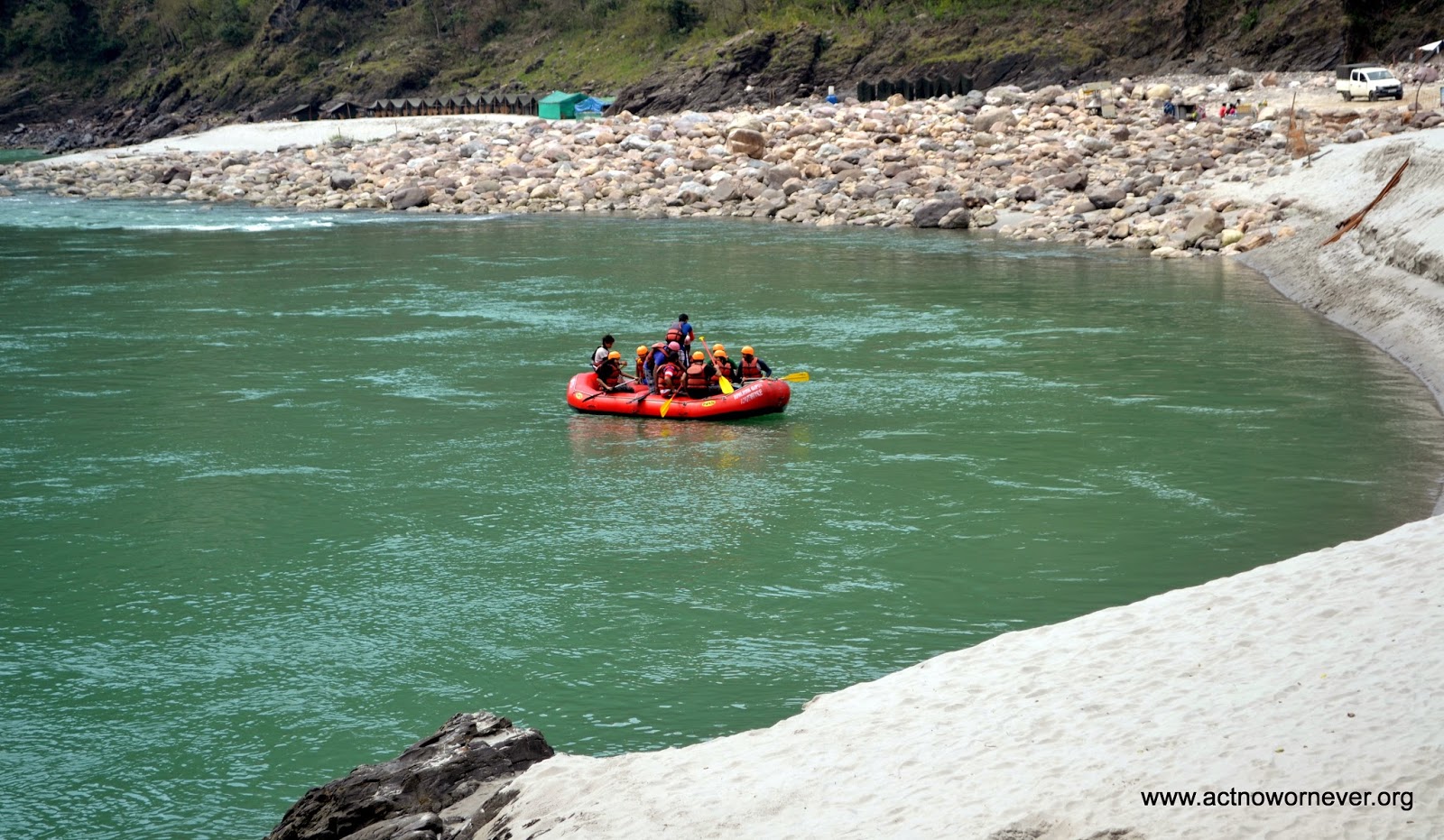 I often thought that some of the Garhwali dialects often sounded like Nepali and there were many similar words in use. Even the dance in the evening yesterday at the ATOAI convention was very similar to Nepali folk. This is when a local delegate, who ran angling and trekking groups confirmed that this area was once ruled by the Nepal king and hence many traditions in the Garhwal Himalaya matched with the people living in the Nepal Himalaya. Pilgrims still come from remote villages of India and Nepal to Rishikesh and still today prefer to walk to the Char Dham (four holy places). Here, at the convention, we were discussing better roads, 02 phase entry flights (Delhi to Dehradun/Rishikesh and then fixed wing sorties to more deep in the Himalaya) mainly for tourists who did not have enough time and could effort the luxury. The local raft operators complained about the increase in licence fees from 5000Rs to 25000Rs and the step motherly attitude of the forest department towards them. 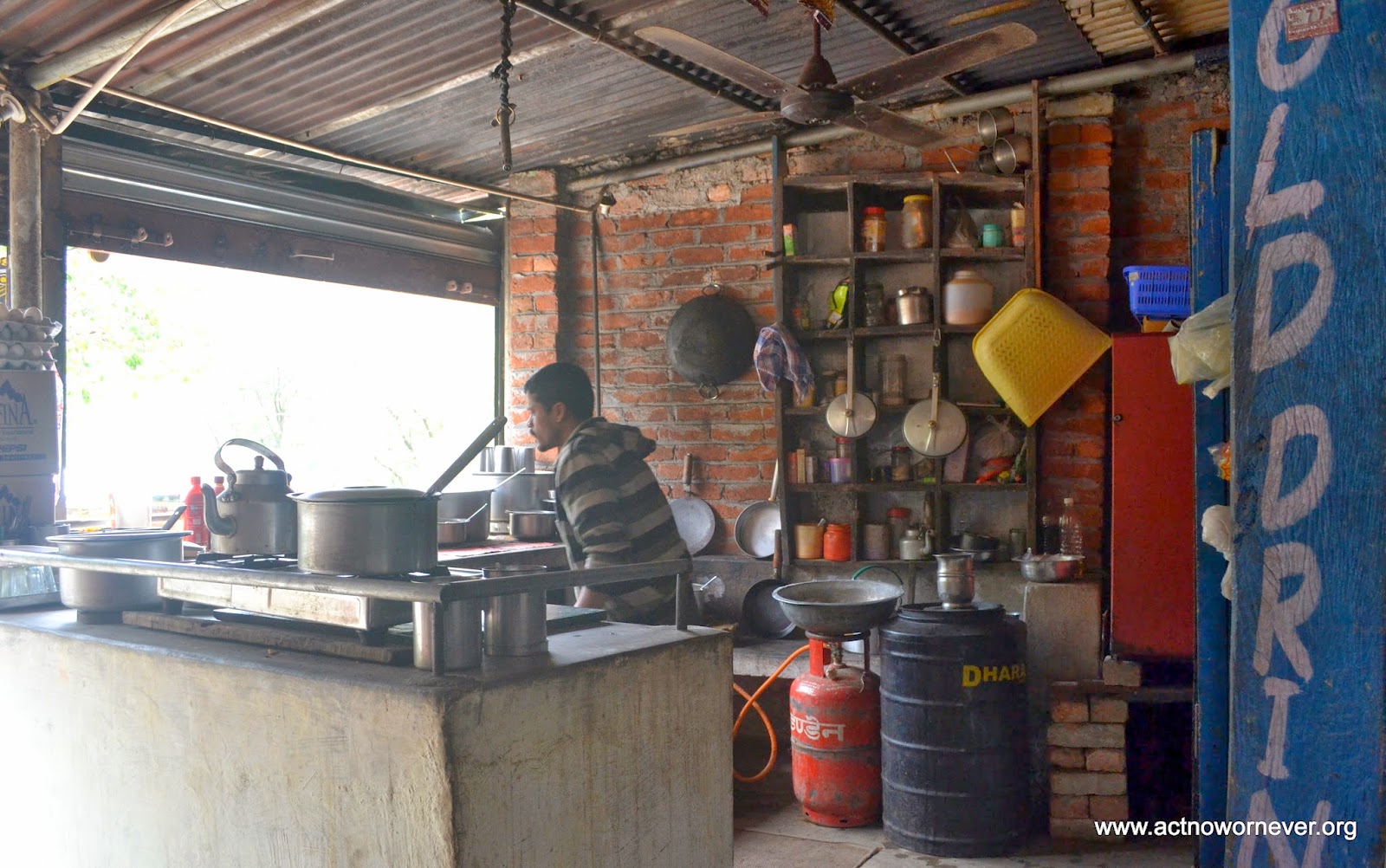 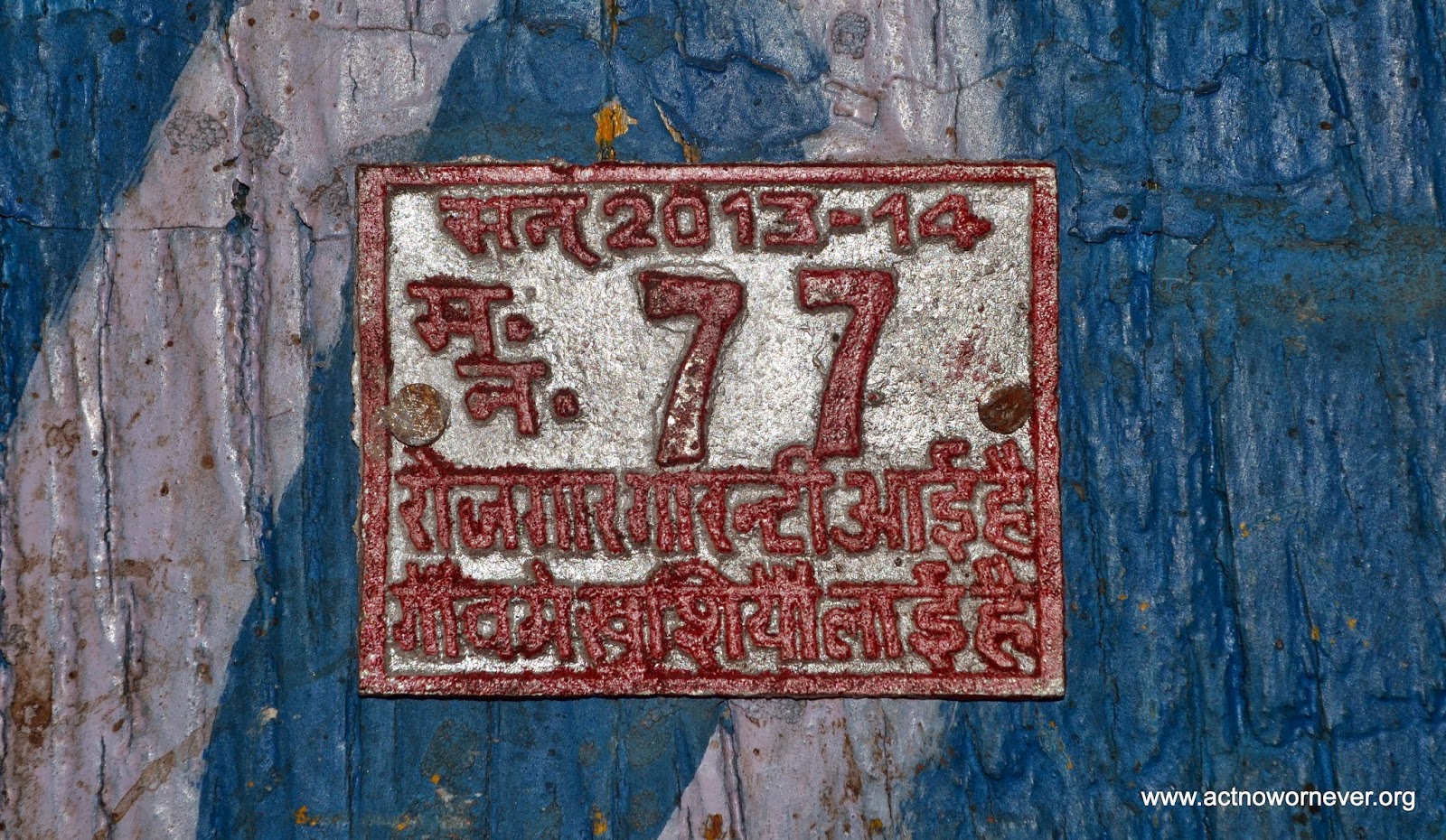 As I walked along the banks of River Ganga at Shivpuri, I still saw several birds and smaller animals, inspite of the back to back camps on both sides of the rivers. They all served the best of the food at par with Delhi. While drinking a cup of tea at a local shop, I overheard many interesting discussions in connection to the upcoming elections. One local person was complaining about the quality of education at the local village schools. Most of the time the teachers would not be there, and this I knew was a common problem across the Indian Himalaya. He also talked about an extraordinary solution, all the Government jobs should go to only youths who have passed out of Government schools and that all the Government service holders should put their sons and daughters in Government schools. Also, another local person was discussing about rafting licences, about 92 local outfits with trained guides had their application for licence pending. He suggested that if the Government was sincerely interested about local ownership and empowerment through tourism, they must see the capability and quality of the local outfits and give them the licence free of cost. These local outfits should also be then given the responsibility of emergency rescue on the river and conservation of nature in the local area. Another person discussed that the forest Department should put most of the fees collected from the camps for capacity building of the local youth, waste management and health facilities at the local level. 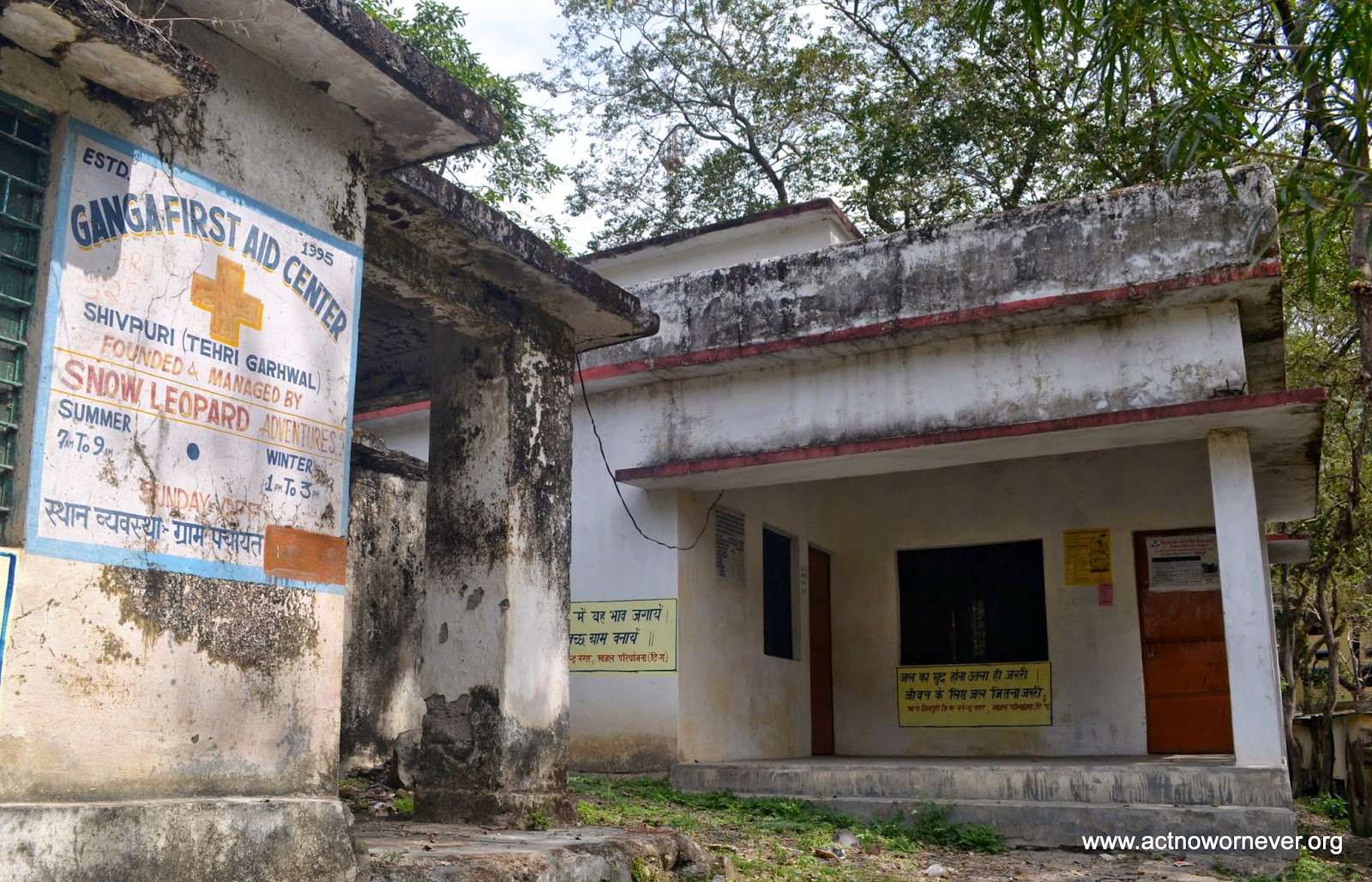 It was nice to see that some of the ATOAI active members had adopted a local Government Health Centre, some supported the waste management program, most of them trained and engaged local youths to a great extend and most of them had a major stake in the region as per their operation strength. They were able to contribute meaningfully during the last flood devastation during monsoons. And finally this convention, supported by the local Government to project a fresh face of this country through Uttarakhand. 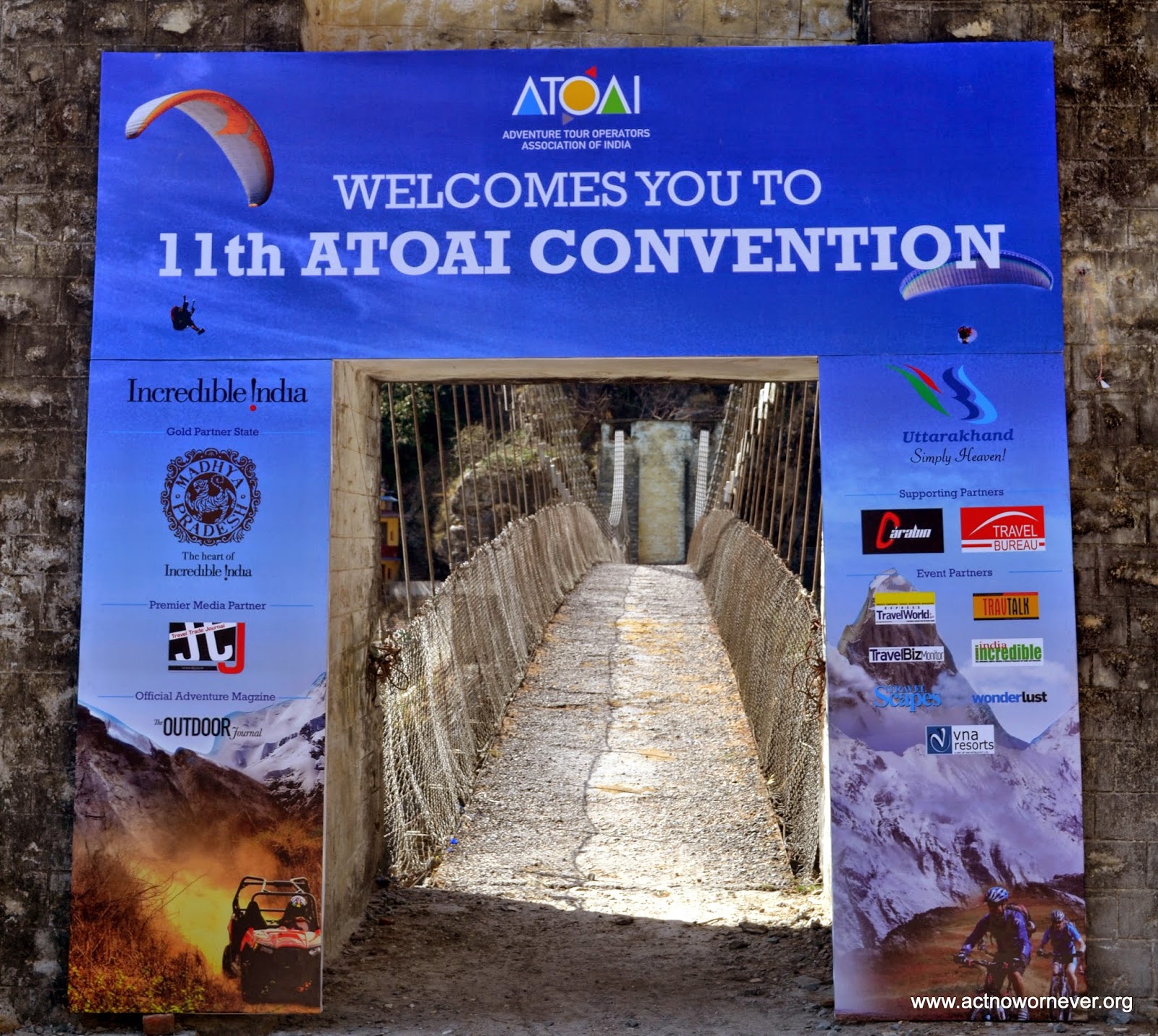 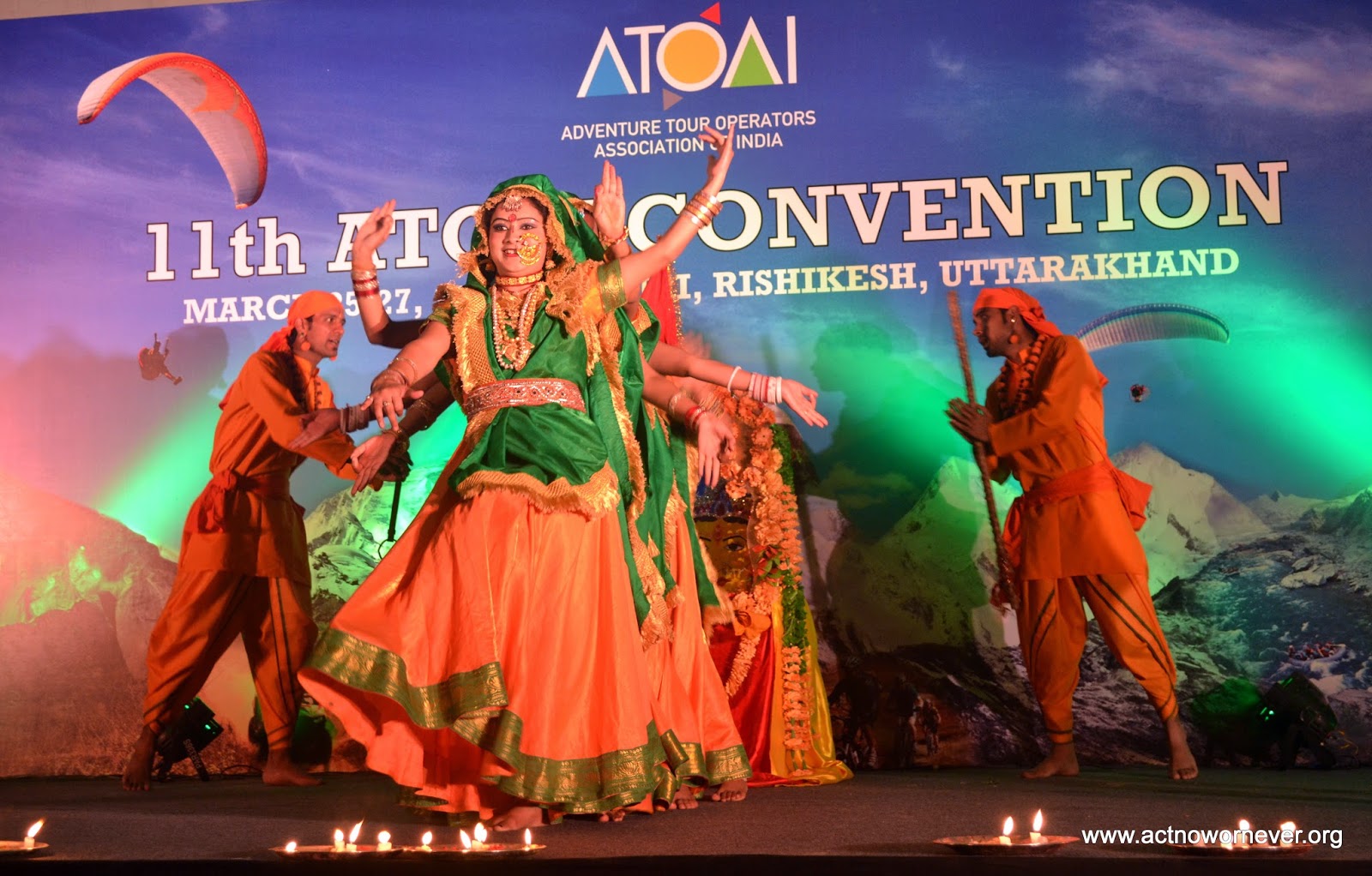